OXIS has over 10 years’ experience in the design and development of next generation rechargeable Lithium Sulfur (Li-S) battery technology. Based in the Culham Science Centre in Oxfordshire, UK, we have a range of facilities including laboratories with research, production equipments and one of the largest dry rooms in Europe.
The OXIS R&D team has a vast depth of knowledge in electrochemistry, materials research, cell design and testing.
We currently manufacture pouch cells out of our facility in the UK and in the near future we will produce cells in high volume in Brazil.

OXIS has several collaborations with world leading companies and universities to ensure that new materials and processes are exploited to their full potential to drive forward the Li-S technology.
OXIS was awarded the €8m Lithium Sulfur Future Automotive Battery (LiS:FAB) project from Innovate UK that will develop a next generation 400 Wh/kg cell suitable for large electric vehicles such as buses and trucks.

The major strength of the technology is the high specific energy density (470 Wh/kg demonstrated on R&D pouch cells which is nearly double than the energy density of commercial Li-ion cells). Li-S is also known to be a safer chemistry and we have empirical data proving that cells pass abuse safety testing such as nail penetration, short circuit and overcharge. The OXIS Li-S chemistry is considered to have less environmental impact when compared to other technologies such as Li-ion. The Li-S cell utilises Sulfur (a by-product of the oil industry) in place of heavy metals such as nickel, manganese and cobalt. Sulfur is also abundant and costs significantly less therefore we are confident in offering a commercially viable solution in the future.

It is a unique battery technology that will transform the Automotive and Aerospace markets.We are targeting many applications such as UAV, passenger aircraft, electric vertical take-off landing and medium/heavy Electric Vehicles such as buses and trucks.
In these markets today, there are concerns about the limited range of such vehicles as well as the safety concerns with Li-ion battery systems.
The innovative and lightweight Li-S technology has the potential to boost the range and payload of the vehicles and improve the overall safety of the battery packs. 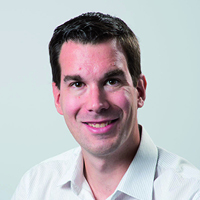 In 2006 Guillaume gained a MA in International Business at the ICHEC Management School in Brussels. He possesses 13 years of professional sales experience. He started his career with two year-long internships with China Engine Corporation in Taiwan and SINBON Electronics in Shanghai. He then became Area Sales Manager for Alphamin SA in Belgium before moving to XNC Energy where he was Sales Director. Guillaume joined OXIS Energy in January 2015 as Head of Business Development in charge of generating new business from the Aerospace and Automotive sectors. He speaks French, English, German, Mandarin and Spanish.