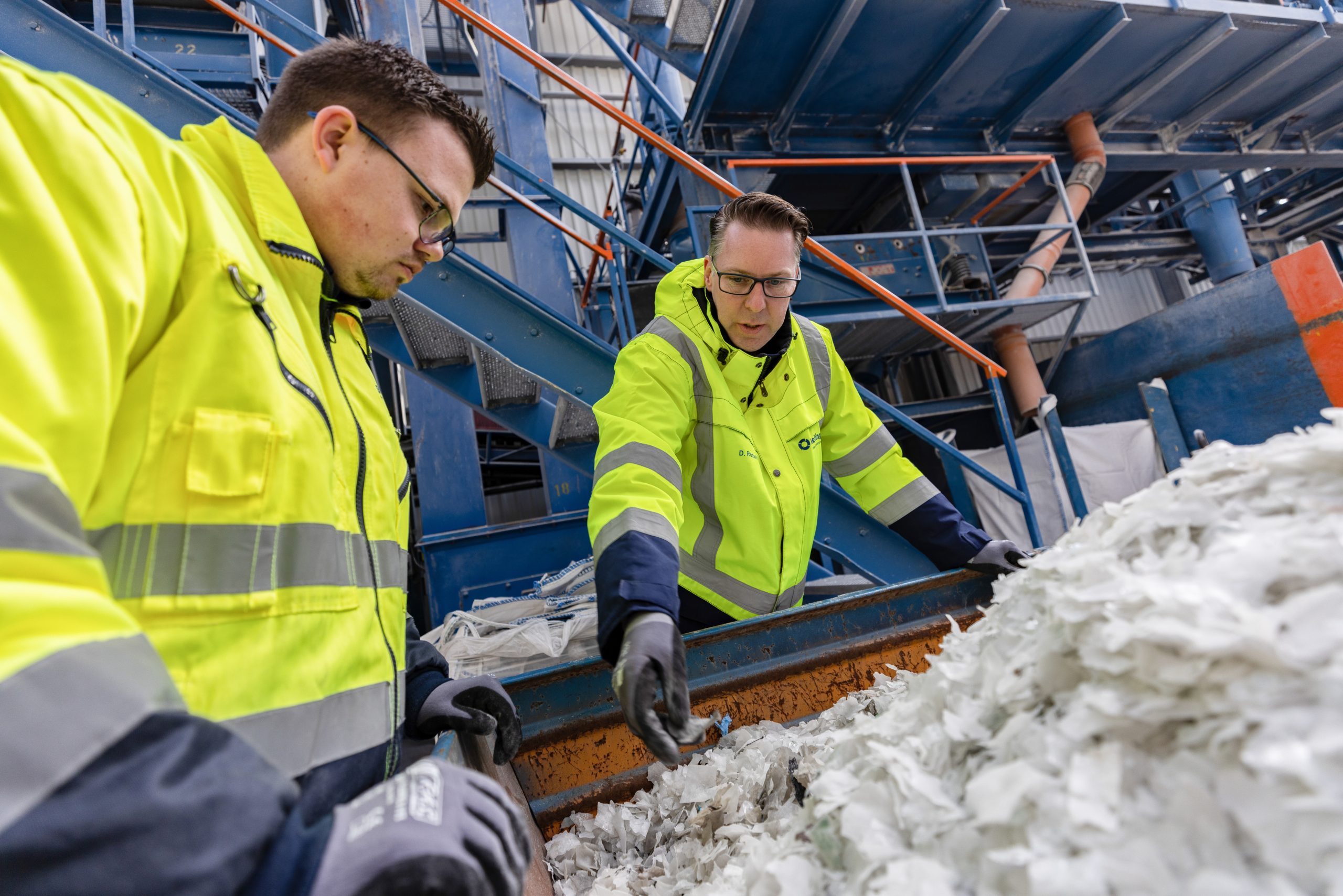 Defective car windows are often a case for the recycler if the cracked area cannot be repaired. A closed material cycle for damaged car glass does not yet exist. Audi and its partner companies Reiling Glas Recycling, Saint-Gobain Glass and Saint-Gobain Sekurit are now doing pioneering work here as part of a joint pilot project. The partner companies want to turn damaged car glass into a valuable material for series production and have set up a multi-stage process for this purpose: The car windscreen is first shredded using an innovative recycling process. Then all non-glass impurities such as adhesive residues are sorted out. The resulting glass granulate is melted down and processed into new flat glass. This flat glass is then used to make a new car window. If this pilot runs successfully, the panes produced in this way are to be used for the models of the Audi Q4 e-tron series in the future.

With this pilot project, Audi and its partner companies are taking on the challenge of establishing a closed material cycle for automotive glass. The project is part of Audi’s Circular Economy strategy. The company considers its products over their entire life cycle. Raw materials used should be returned to the production process as far as possible at the end of their useful life. In this way, resources can be conserved during development and production and the environmental impact can be reduced along the entire value chain. Audi has already been using aluminium offcuts from the press shop in such a balance-sheet closed loop since 2017.

With glass, another material cycle is now to be closed on balance. “Our goal is to use secondary materials wherever it is technically possible and makes economic sense. We are working on keeping materials to which we have direct access in closed cycles,” says Marco Philippi, Head of Procurement Strategy. “Old car glazing, for example, has so far not been used for the production of new vehicle windows. We want to change that.”

The reprocessing of damaged glass results in less energy and raw materials having to be used overall for the production of windscreens – after all, the use of reprocessed material enables a reduction in the need for primary materials such as quartz sand. Audi intends to use car windows manufactured in this way in the series production of the Audi Q4 e-tron models in the future. For the development of new material cycles, the company relies on cooperation with supplier companies in order to make the value chain more sustainable. There is sufficient potential: So far, a large proportion of discarded car windscreens or panoramic roofs are recycled and processed into beverage bottles or insulation materials, for example. If it is possible to reprocess damaged car windows into new ones, this has several advantages: The quality of the high-quality car glass is preserved. There is also a positive effect on CO2 emissions. Compared to the production of new glass, up to 30 percent less carbon dioxide is emitted during reprocessing.

The first step: Reiling prepares the car glass and separates the components according to type.

The glass recycling pilot project is launched at selected car dealers from the Volkswagen Group’s dealer network. Customers whose cars have a damaged windscreen make an appointment there. The dealer checks whether the glass can be repaired. If it is irreparable, he replaces the windscreen. The defective windscreen is handed over to Volkswagen Original Teile Logistik GmbH & Co. KG. This Volkswagen subsidiary organises the disposal of parts that are no longer needed from the workshops for Volkswagen AG. Within this process, car glass panes are taken back by the service partners and recycled.

In the next step, the damaged panes are handed over to Reiling Glas Recycling. There they are first shredded and processed. In the process, Reiling recycles old car glass into flat glass production for the first time. “Up to now, the recyclate has mostly been used to make drinks bottles,” explains Daniel Rottwinkel, operations manager at Reiling Glas Recycling. “Car glass has to meet the highest requirements, for example in terms of crash safety. These requirements do not apply to bottles.” In the past, post-consumer glass from cars was not used again in flat glass production, but was used for other applications with lower requirements. This is where the joint project comes in: The partner companies want to reprocess the damaged glass to its original quality.

In order to be able to produce a high-quality recyclate from this laminated waste glass, Reiling Glas Recycling uses modern and efficient plants. The company sorts out the non-glass materials, such as PVB plastic layers (poly-vinyl-butyral) in the glass, pane surrounds, metals and wires, such as heating wires and antenna cables. The rejection is done by means of magnets, non-ferrous metal separators, suction systems and electro-optical sorting units. In the future, PVB layers of this kind are also to be fed into an automotive circuit.

The second step: Saint-Gobain Glass processes the cullet into new base glass, and Saint-Gobain Sekurit uses it to produce automotive glazing.

In Herzogenrath, North Rhine-Westphalia, Saint-Gobain Glass processes the recycled glass, which is largely free of residues, into flat glass in the next recycling step. For this purpose, the glass granulate is first separated by type for clean sampling with regard to source or colour and stored in bunkers. A glass recyclate that is as pure and homogeneous as possible is a prerequisite for creating a new base glass. Saint-Gobain Glass then mixes the recyclate with quartz sand, soda and lime – the basic components of glass – among other things. The ratio of the recycled material to the other substances will initially vary between 30 and 50 percent.

In the pilot project with Audi, about 40 tonnes of recycled automotive glass are targeted. “For us, this cycle of producing new car windows from old ones is an important step towards resource- and energy-saving production of automotive glass,” says Dr.-Ing. Markus Obdenbusch, the responsible production manager at Saint-Gobain Float’s Herzogenrath site. “We are at the beginning of considering glass as a recyclate and consequently expect further potential for improvement.”

The flat glass is first processed into rectangles, each of which has a size of around three by six metres. After that, the sister company Saint-Gobain Sekurit produces automotive glass in the further process.

Beyond the pilot project with Audi, Saint-Gobain Glass aims to use up to 30,000 tonnes of cullet for production in Herzogenrath within the next three years, which will save considerable amounts of energy, resources as well as CO2 and water. For a typical daily tonnage, the company will emit up to 75 tonnes less CO2 as a result.

The third step: The resulting automotive glass is to be used for the Audi Q4 e-tron series.

The three partner companies involved initially want to test the process for a year to gather experience on material quality, stability and costs. If the glass recycling can be implemented in an economically and ecologically sensible way, the car windows made from secondary material are to be used in the Audi Q4 e-tron series.

Read this and other articles on mobility 4.0 electric-networked-autonomous in the current eMove360 magazine in german language (download PDF). The print version is available at sabine.metzger@emove360.com. 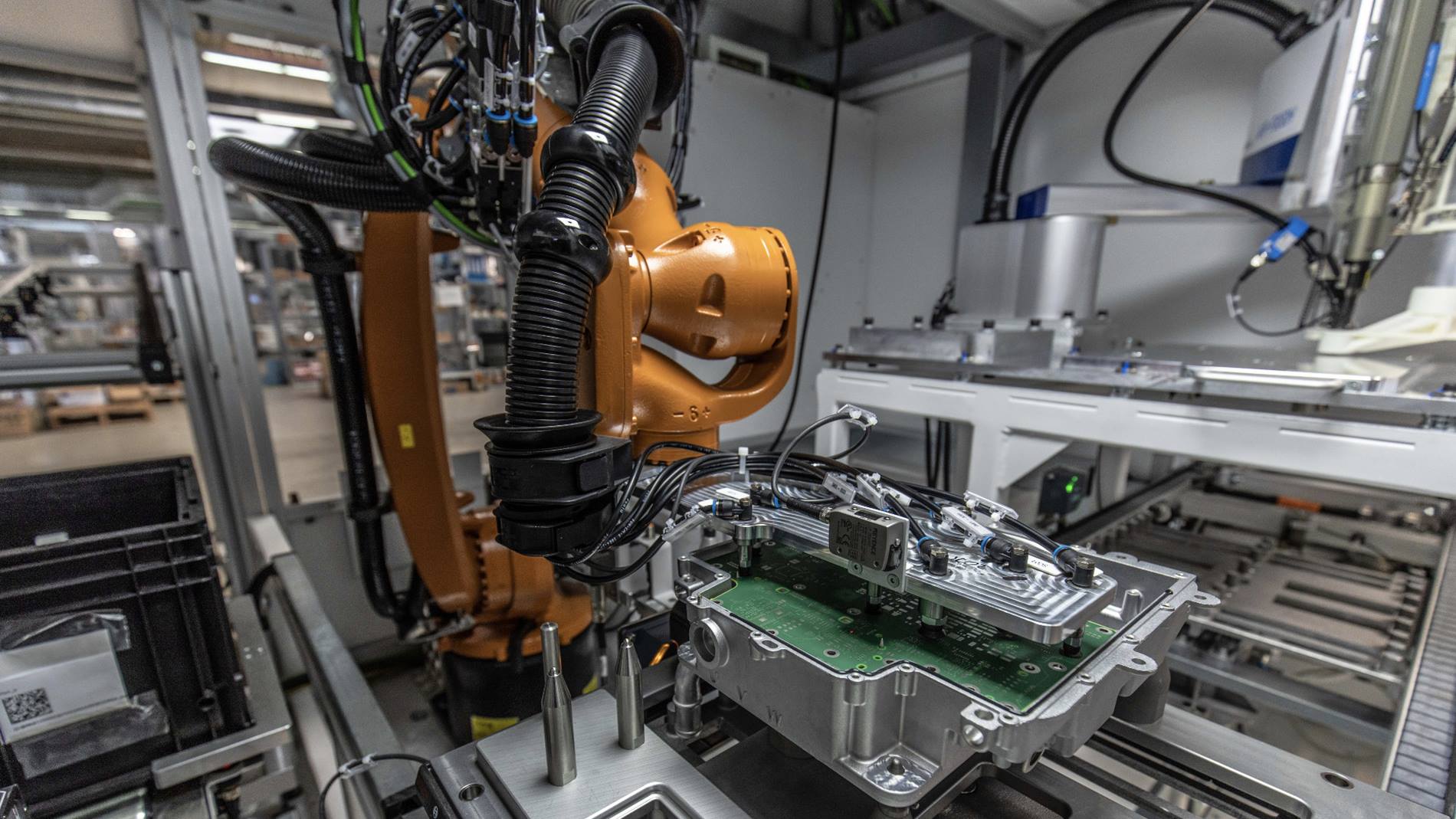