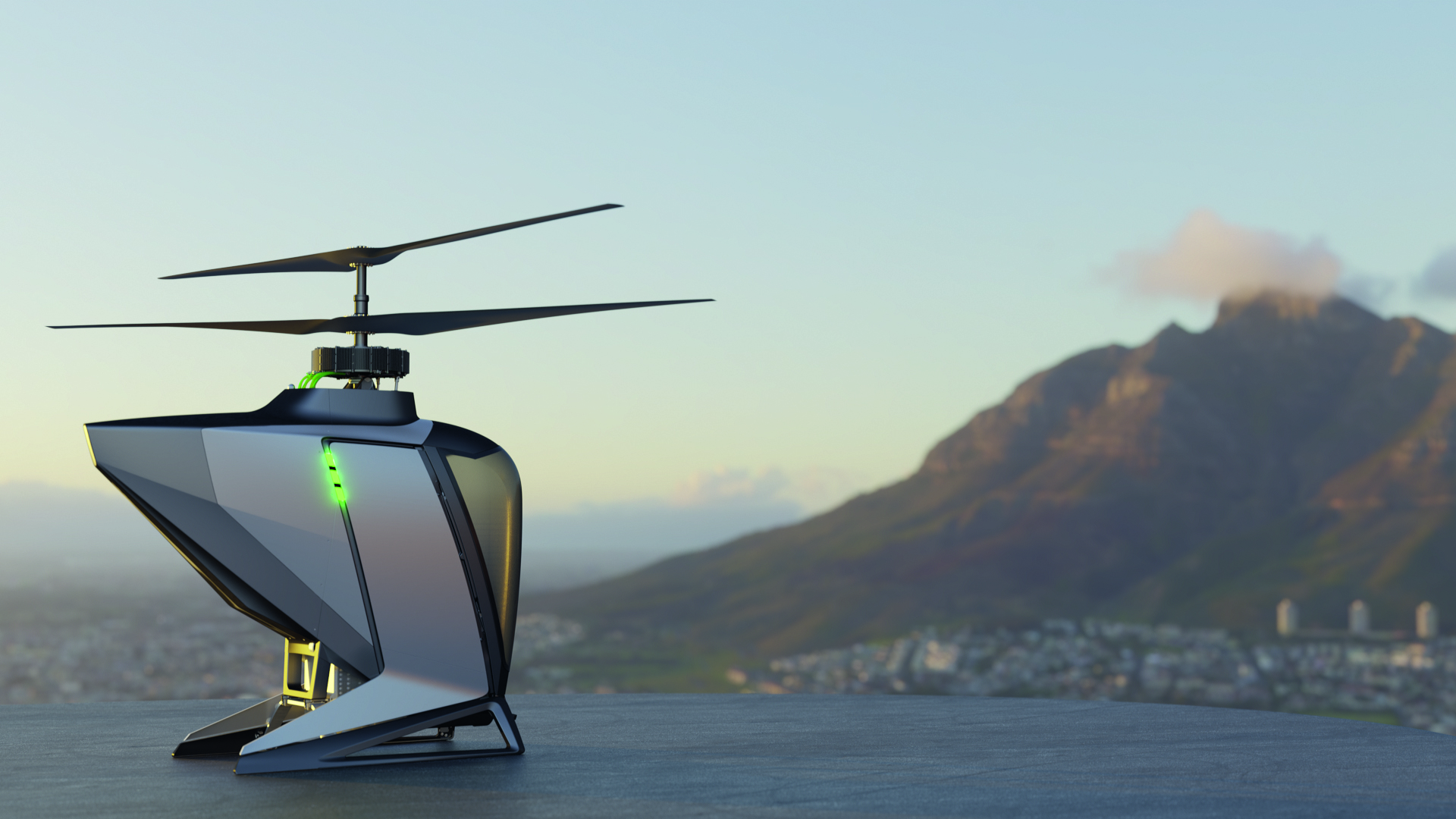 Flying is considered the most environmentally damaging form of mobility. Often criticised in the past for noise pollution, today the focus is primarily on CO₂ emissions. The AERO in Friedrichshafen, one of the leading international trade fairs for the aviation industry, showed the first developments for more sustainable flying.

The author Mathias Warlich has outlined the state of affairs for the magazine forum Nachhaltig Wirtschaften (www.forum-csr.net). You can also download this article free of charge in the current eMove360° magazine in german language.

The topic of sustainability and decarbonisation in aviation is not new. As early as 2009, airlines, manufacturers, air traffic control and airports had adopted a climate protection strategy to increase fuel efficiency. In 2016, a globally valid CO₂ compensation system (CORSIA) was established by the UN aviation organisation (ICAO), whereby air traffic is to grow at least climate-neutral from 2020, and in 2021 the goal was formulated to achieve “Net Zero in 2050” for global air traffic. Apart from targets and regulations, there are, as in other industries, sustainability-motivated pioneers who are working with high commitment on promising, alternative aviation ideas. For the first time, AERO presented promising development directions for environmentally friendly flying at the Sustainable Aviation Trail.

BATTERIES AND ELECTRIC PROPULSION
They already exist – but so far only as two-seaters and with flight times of less than an hour. If they are fuelled with regeneratively produced electricity, the flight is not only completely emission-free, but also significantly quieter. However, scaling up to use battery-powered electric engines in large commercial aircraft is not possible at the current state of the art. The achievable flight times are too short and the necessary batteries too heavy. For certain applications, however, electric propulsion can already be used to good effect, for example in the world’s traffic-clogged metropolises and for short distances and in places that are difficult to access. In the case of small electric-powered aircraft and helicopters, there are in fact various forms of vertical take-off, as is known from drones. In technical jargon, this is called eVTOL (electric Vertical Take-Off and Landing). From a sustainability point of view, eVTOLs have the additional advantage that an elaborate infrastructure on the ground for runways, roads and rails, bridges and tunnels is not necessary. The start-up FlyNow Aviation from Salzburg, even emphasises a social aspect of the sustainability of its flying machines. CEO Jürgen Greil is convinced that the air taxi will become established if it serves the general public and not just business travellers and the wealthy: “The car did not become established because the perfect Mercedes was built, but because of Volkswagen’s Beetle, which was affordable for everyone.”  Drones, after all, have already arrived in the mass market. Under the title “Drones in the Service of Society”, AERO dedicates a separate area to these flying machines in BOS use (authorities and organisations with security tasks). This platform is of great importance for all stakeholders – especially for air traffic control and for the binding regulation of these new airborne transport users.

EFFICIENCY IMPROVEMENTS AND FUEL INNOVATIONS
Efficiency improvements in flying are achieved through weight reduction, new materials and improvements in engines and aerodynamics. More direct routes,
Reducing holding patterns and optimising waiting times on the ground are also part of this. Especially when it comes to fuel, there is still a lot of room for improvement. It is hard to believe that the transformation to unleaded fuel implemented 40 years ago in cars is only now taking place in aviation. And CO₂ is only a part of the sulphur dioxide and water vapour in the contrails also have an extremely climate-damaging effect in the atmosphere. That is why there are new approaches for the production of sustainable aviation fuels, so-called SAF – Sustainable Aviation Fuels such as bio-kerosene, Power-to-Liquid (PtL) or Sunto-Liquid (StL) fuels. A complicating factor in their development is that they have to meet high safety standards in aviation with regard to freezing point, energy density and flash point. Nevertheless, SAF can already be used in engines without any problems or blended as drop-in fuel. The fuel produced from agricultural raw materials such as jatropha or other oil-bearing plants is also not a major challenge, but in any case must not be used in competition with food production. Therefore, the current focus is on the use of vegetable and industrial waste such as frying oils and fats, wood residues and sawdust or biomass with an appropriate energy content. Nevertheless, these fuel alternatives are far from being available in large quantities. For example, all SAF currently cover only 0.01 per cent of global paraffin demand. Another disadvantage is the still significantly higher price, and Lufthansa, for example, makes its passengers pay for the use of bio-kerosene as a compensation measure.

PLASTIC AND POWER-TO-LIQUID
Plastic waste can also become fuel: Through plastic pyrolysis, it is possible to turn non-pure plastic waste into fuel. This is neither “organic” nor CO₂-neutral, but at least the plastic waste would be eliminated. A promising approach is synthetic paraffin produced from air, waste CO₂ and electricity. Numerous researchers are working on this electricity-based power-to-liquid (PtL) technology. According to the operators, the world’s first synthetic paraffin plant, which can produce the aircraft fuel synthetically on an industrial scale, was already inaugurated last year in Emsland in northwest Germany. The novel plant produces paraffin synthetically from water and electricity supplied by wind turbines from the surrounding area. It also uses waste CO₂ from food leftovers from a biogas plant and CO₂ from the ambient air.

CO₂ + H2O + SUN = STL – GOLD RUSH ATMOSPHERE GUARANTEED
A project in Spain is working on sun-to-liquid paraffin in cooperation with ETH Zurich. All that is needed is sunlight, water and carbon dioxide (CO₂). If the required CO₂ is extracted from the air beforehand, the pollutants produced later during combustion are balanced. The fuel is thus climate-neutral. In the plant, more than 160 mirrors focus the sunlight onto a reactor that reaches a temperature of 1,500 degrees Celsius and produces a synthetic gas with the help of a catalyst. The company Synhelion, a spin-off of the ETH, plans to build the first plant for the industrial production of solar fuel in Jülich this year, which will then be used in regular flight operations from 2023. From 2026, at least 0.5 per cent of aviation fuel in Germany must consist of PtL paraffin. This corresponds to around 50,000 tonnes per year and thus many times what the current plants can produce. In 2030, the blending quota rises to two per cent. According to the Federal Environment Ministry, this regulation creates a sales guarantee for new fuels and thus investment security for companies.

TAKING TO THE AIR WITH HYDROGEN
Another option for CO₂-free flying is with hydrogen. In 2020, Airbus presented three aircraft models that are to be ready for the market by 2035. Instead of paraffin, hydrogen is burned in the turbines, releasing no CO₂ but water vapour. Hydrogen in liquid form has the advantage of being lighter, but the disadvantage of being larger in volume than paraffin, and it must be stored under pressure and at minus 253 degrees Celsius. Special tanks are needed for this, which require completely new aircraft designs. This solution only makes sense if green hydrogen is used for flying, but the production capacities are still far too small for that. Moreover, green hydrogen is very expensive because its production requires a lot of energy. The exact effects of water vapour in the atmosphere also need to be taken into account and studied in detail, because it also contributes to the greenhouse effect. Instead of burning hydrogen in aircraft turbines, fuel cells can be used to convert it into electrical energy. The advantage of the fuel cell is its higher efficiency, the disadvantage is its high weight. The HY4, a development of the manufacturer H2FLY in cooperation with the German Aerospace Centre and the University of Ulm, is already completing test flights with this technological approach. The intention is to scale the proven concept of the four-seater aircraft to a regional aircraft for 40 people with a range of up to 2,000 kilometres in partnership with Deutsche Aircraft. Nevertheless, flying with hydrogen on a large scale still takes time, as not only the aircraft but also the infrastructure on the ground must be developed.

CONCLUSION
Despite inspiring concepts, the environmentally conscious passenger will still have to live with “flight shame” for a long time and voluntarily CO₂-compensate his flight. With political pressure to finally make CO₂ compensation mandatory for all air travellers, the goal of more climate-friendly flying would be achieved more quickly and passengers would become accustomed to airfares with environmental costs in good time. Because one thing is already clear today: climate-neutral will be significantly more expensive! But flying without climate protection will cost us even more. Innovations and behavioural changes are therefore more in demand than ever.

ABOUT THE AUTHOR: Mathias Warlich has held management positions in the insurance and reinsurance industry for 30 years. Since 2019, he has been working as a consultant in sustainability management. His goal is a way of doing business that measures success in terms of more than just financial returns. 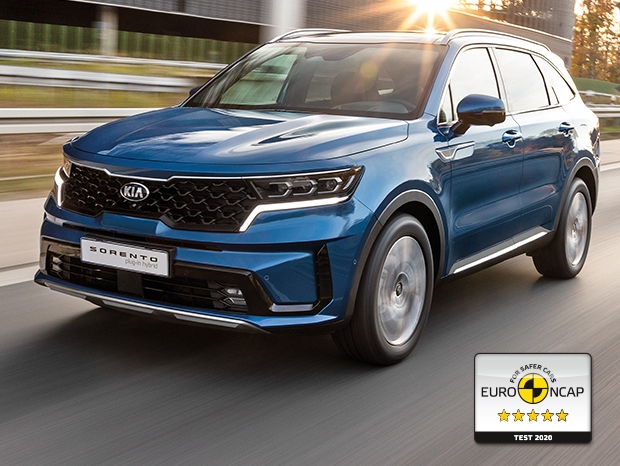