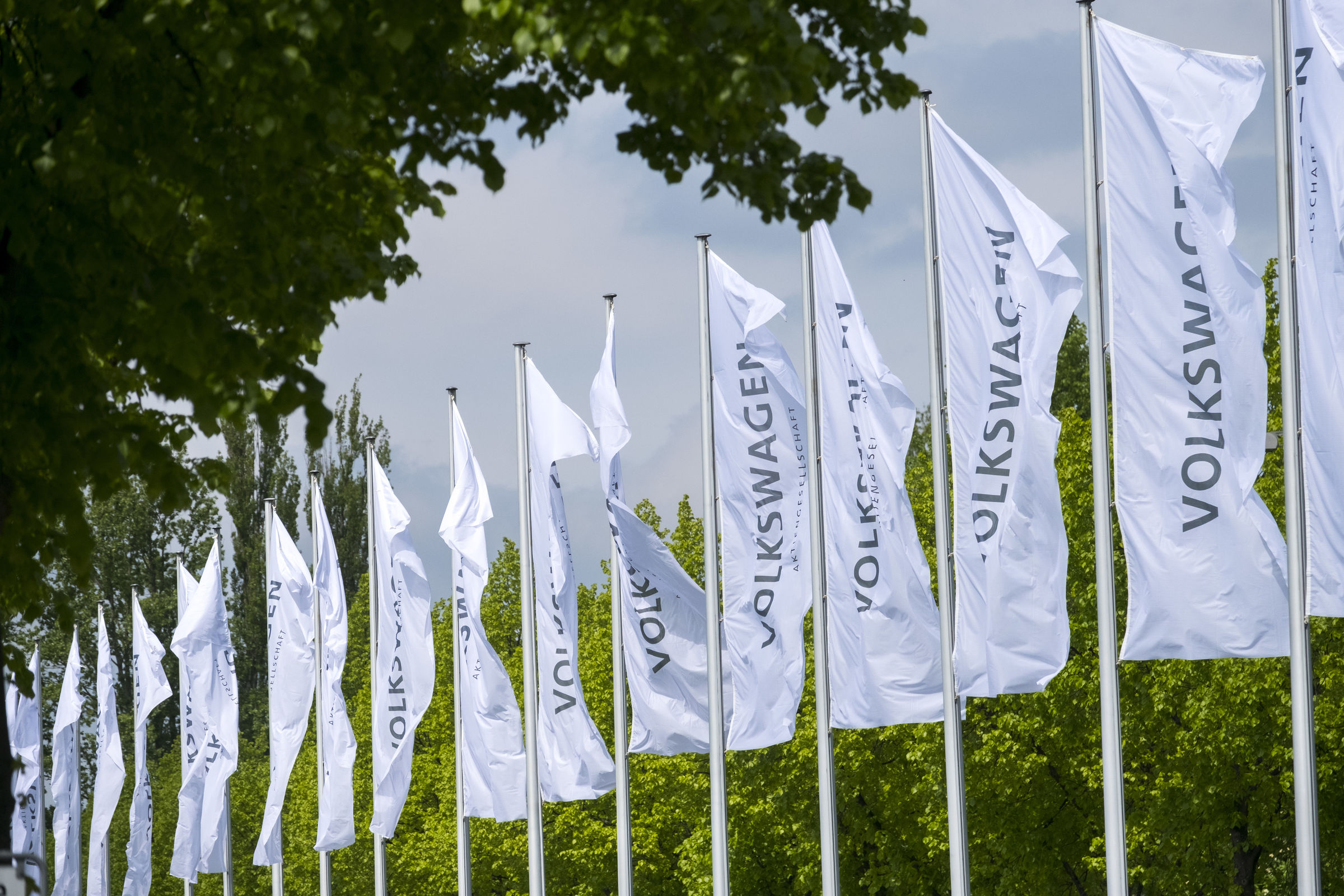 The Volkswagen Group’s e-offensive is gaining traction: deliveries of electric models in the EU including the UK, Norway and Iceland increased more than fourfold in the year now ended to a total of 315,400 electric vehicles (2019: 72,600). The proportion of battery electric vehicles (BEVs) and plug-in-hybrids (PHEVs) in the total deliveries rose to 9.7 percent (2019: 1.7 percent). The Volkswagen Group is thus the clear market leader in the all-electric segment in Western Europe, accounting for a share of around 25 percent (2019: 14 percent). The main drivers of this development were the Volkswagen Passenger Cars and Audi brands, which overfulfilled their CO2 fleet targets largely due to the successful start-up of their ID.301 and e-tron electric models. Based on preliminary figures, the Volkswagen Group thus reduced the average CO2 emissions of its new passenger car fleet in the EU by around 20 percent compared with 2019 to 99.8 g/km in 2020. The emissions of Bentley and Lamborghini are measured individually, which is why they are not included in this figure. In anticipation of narrowly missing the target for the CO2 pool established jointly with other manufacturers by around 0.5 g/km, the Group had recognized provisions at an early stage to avoid any impact on fourth-quarter earnings.

Herbert Diess, CEO of the Volkswagen Group: “We are making good progress on the road to becoming a CO2-neutral company. We significantly reduced the CO2 emissions of our new vehicle fleet in the EU. The Volkswagen and Audi brands in particular have made a major contribution to achieving this with their e-offensive. We narrowly missed the fleet target for 2020, thwarted by the Covid-19 pandemic. Along with Volkswagen Passenger Cars and Audi, CUPRA and ŠKODA are now bringing out further attractive electric models. This will allow us to achieve our fleet target this year.”

Rebecca Harms, member of the independent Volkswagen Sustainability Council: “Despite very ambitious efforts in electrification, it has not been possible to meet the set fleet target in full. But Volkswagen is clearly well on its way. Work has to continue systematically to bring about the drive transformation and meet climate and sustainability targets. The key to success will be to give a greater role to smaller, efficient and affordable models in the electrification rollout.”