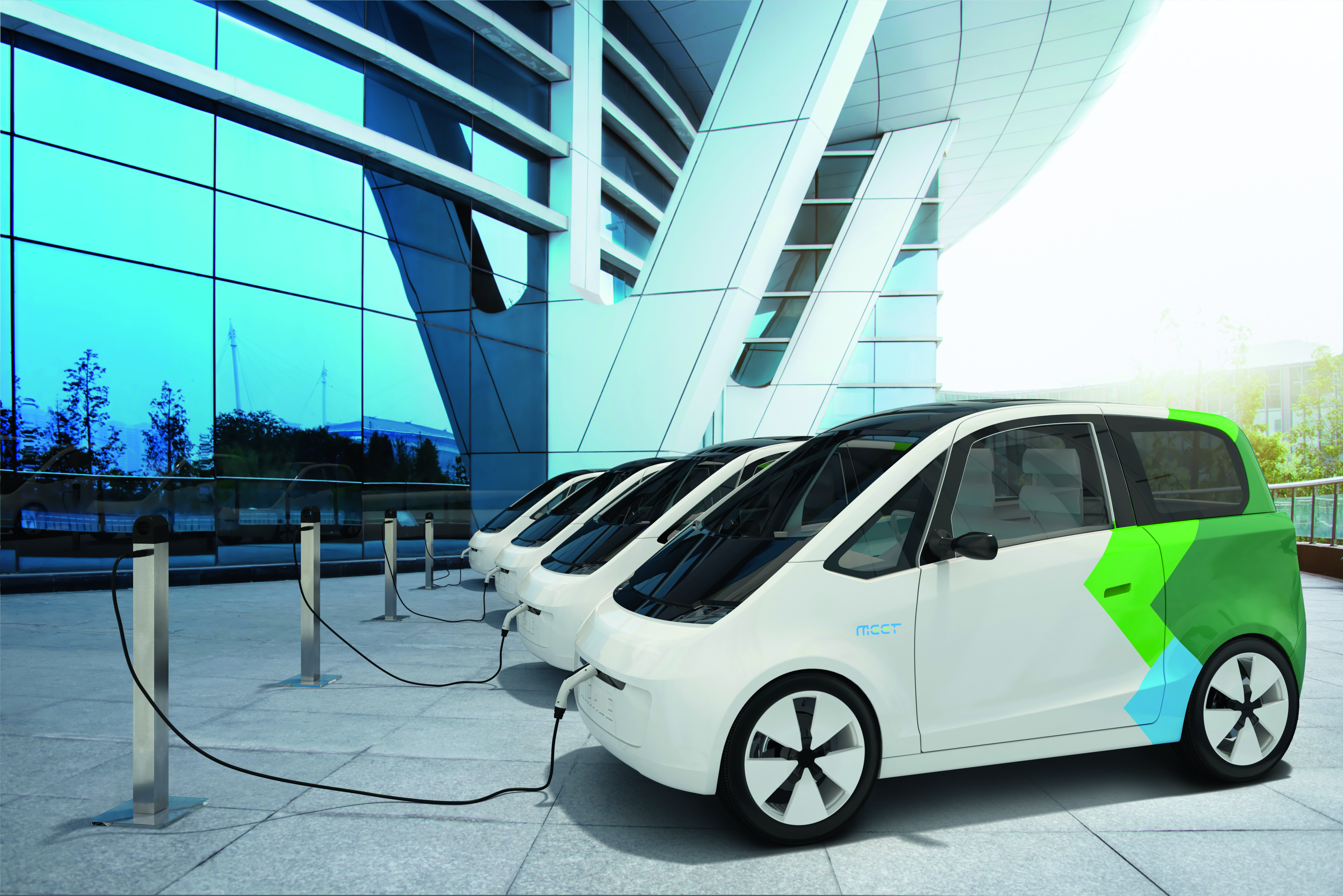 Fleet solution by MAHLE: Charge as fast as necessary, not as fast as possible

How do I charge the electric cars in my company fleet? This is the question which is asked by many fleet managers. Numerous large companies in Germany and Europe are facing the challenge of creating a charging infrastructure for visitors and employees in a large-scale approach without investing in new grid connections or transformers. In addition to high-performance consumers such as production, the canteen and the data center, the existing gird connection must now be sufficient for a large number of electric vehicles, which are usually plugged in at peak times and start charging. In the incubator program of the automotive supplier MAHLE, employees have developed an innovative charging solution: chargeBIG. The system is not only used in the MAHLE multi-storey car park, but also the Stuttgart Airport, the Landesbank Baden-Württemberg and other customers are already using the intelligent and scalable charging system, which makes it possible to electrify 18 to 100 or more parking spaces.

“E-mobility will only be possible if there are enough intelligent charging points available. For some applications – for example, charging on company parking lots – the existing solutions with wallboxes or other AC charging stations were not ideal,” Nicole Heinrich briefly describes the idea behind chargeBIG, an internal MAHLE startup. In the incubator program of the automotive supplier MAHLE, solutions outside the previous MAHLE portfolio are supported. Two ideas prevailed in the 2018 pilot project and were set up as corporate startups – one was chargeBIG. “These startups are allowed to work independently from the usual MAHLE organization – since the topics are also separate from the MAHLE portfolio,” says Heinrich, who is responsible for marketing and sales at chargeBIG. Since then, MAHLE has also been supporting other corporate startups on other ideas in the locations in China and in Europe. 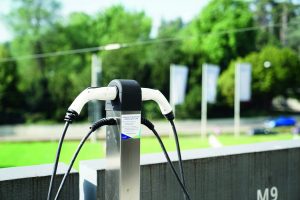 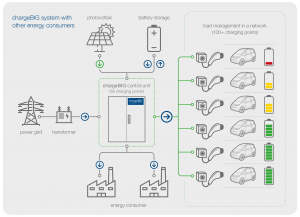 THE CHARGEBIG CHARGING SOLUTION WITH THE CENTRAL CHARGING CABINET

ChargeBIG offers a cost-efficient and scalable charging infrastructure for day parkers and fleet operators. The charging solution consists of a central control unit, the charging cabinet, which controls and supplies power to all charging points at the respective parking lots. Instead of installing expensive wallboxes at every parking lot, the necessary components, such as fuses, residual current circuit breakers, charging controllers or measuring devices, are combined in the charging cabinet. At the individual parking lots there is only one fixed connection cable for the electric vehicle. The available electrical power is intelligently distributed to all charging vehicles due to a phase-individual and dynamic load management with a single-phase charging power between 2.3 – 7.2kW. Individual charging points with up to 22kW, for example for visitors, can also be integrated into the system.

THE ADVANTAGES OF THE CHARGEBIG CHARGING SOLUTION ARE MANIFOLD

“With centralization, we are able to integrate solutions into the system that individual wallbox solutions do not offer. For example, integration into the fire alarm system or the energy management of a building. In addition, maintenance is made more cost-effective because the entire technology is installed in the control cabinet and not at the respective charging point.” Explains Heinrich. A further advantage is the increased safety: The charging cables at the individual parking lots are only supplied with power after active release by the central charging cabinet. In cases of vandalism or accidents, there is no danger due to the currentless charging points accordingly. In addition, the charging points are controlled via an IT security-hardened industrial PC, which is installed in a non-public area. The potentially unguarded charging points do not have a return channel to the control center and therefore do not offer an attack surface from the point of view of IT security. In addition, centralization can save significant costs. The replacement of defective parts or the annual testing of the residual current circuit breakers must only be carried out at a central location and not at each individual charging station. In addition, there is the slim infrastructure directly at the parking lot: The permanently mounted charging cable serves to gain comfort, since the user does not have to bring his own charging cable. The chargeBIG solution has grid-supportive energy management: Dynamic phase-individual load management distributes the available charging power to the parked vehicles via a central control unit. Thus, imbalances in the power grid can be avoided. chargeBIG responds flexibly to other consumers in the grid and electric vehicles are used as a controllable load. This allows optimal use of the available power grid.

Within the framework of a BMWi funding project, 100 charging points for electric vehicles were created in the car park of the MAHLE Group in Stuttgart. A few of the charging points are three-phase with up to 22kW. In addition, there is a DC fast charger with up to 120kW, which is supplied from a battery storage. In addition, a PV system was installed on the roof of the car park so that the vehicles can be charged with green electricity. The use in everyday life by employees and company vehicles is continuously increasing, so that more than 20 MWh of electricity have already been charged and accordingly approx. 80,000 electrically driven kilometers were realized. At the same time, the car park also serves as a real-world laboratory to further develop and test the chargeBIG product.

The charging solution is already in use at several customers. At Stuttgart Airport, more than 120 charging points were implemented on the company premises in 2019, which allows fleet vehicles and employees to be charged. Landesbank Baden-Württemberg installed 36 charging points for the fleet and visitors in the underground car parks at the main station in Stuttgart. In addition, 18 charging points were built at the Research Institute for Solar Energy in Konstanz as part of a funding project of the state of Baden-Württemberg. In addition to commercial applications, the chargeBIG solution can also be used in residential construction or on park-and-ride parking areas. Customer satisfaction is high.

chargeBIG offers an app for charging with billing. “This enables both AdHoc charging and free charging of company cars via cost center billing and also the charging of guests via voucher codes,” says Heinrich. The app, like the system itself, is kept as slim as possible. At the charging point itself, scanning a QR code should suffice – NFC-enabled smartphones even only need to be held to the QR code to start the charging process. In order to integrate existing charging infrastructure, the corporate startup has implemented a roaming solution. The certification of the calibration compliance of the chargeBIG solution by the VDE has been completed. This will enable legal settlement and billing in the future. The billing with the users or employees and the measurement solution, which then documents every charging process in kWh correctly, will be retrofitted on request by the existing customers. “Centralization in the system has resulted in special features in the certification process, such as the requirement for cable length compensation. We must carry out line compensation to treat neither the operator nor the user adversely. The cable is used to calculate a voltage drop, so that the centrally measured kilowatt hour does not arrive at the vehicle 1:1. Our measuring solution for this purpose compensates for this voltage drop.” Nicole Heinrich explains optimistically. The certification enables further potential for the corporate startup, especially in Germany. 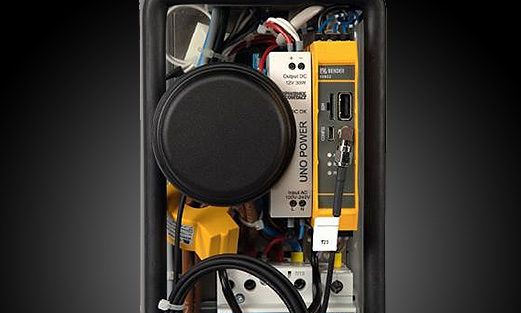