The Freightliner Inspiration Truck with Highway Pilot system is the world’s first autonomous truck to be granted a license for road use in the State of Nevada.

In July last year Daimler Trucks provided the world’s first demonstration of an autonomous truck in action when the Mercedes-Benz Future Truck 2025 drove along a cordoned-off section of the A14 autobahn near Magdeburg. The Inspiration Truck is now the next milestone on the road to series production of the Highway Pilot system. The development engineers of Daimler Trucks transfered the system to the US brand Freightliner and modified it for use on American highways. The result: the State of Nevada certified no less than two Freightliner Inspiration Trucks for regular operations on public roads.

Despite the common technologies, the Freightliner Inspiration Truck, the Mercedes-Benz Future Truck as well as the standard vehicles of both brands are independent vehicle concepts which are adapted to the appropriate market and set of demands.

How the Freightliner Inspiration Truck works

The Highway Pilot system uses a complex stereo camera and radar systems with lane-keeping and collision-prevention functions. It regulates the speed, applies the brakes and steers. This combination of systems creates an autonomous vehicle that can operate safely under a wide range of driving conditions – the truck automatically complies with posted speed limits, regu-lates the distance from the vehicle ahead or uses the stop-and-go function during rush hour.

The Highway Pilot system does not initiate autonomous passing maneuvers. These have to be executed by the driver. The same is true for leaving the highway and changing lanes. Via the user interface the Highway Pilot keeps the driver visually informed about its current status and accepts instructions. The driver can deactivate the Highway Pilot manually and is able to override the system at any time. If the vehicle is no longer able to process crucial aspects of its environment, e.g. due to road construction or bad weather, the driver is prompted to retake control. In addition to a visual prompt in the instrument cluster there is also a subsequent audible notification.

The technology of the Inspiration Truck

The area in front of the truck is also monitored by a stereo camera mounted above the dashboard on the inside of the windshield. The camera has a range of about 100 meters (328 feet) and aperture angles of 45 degrees horizontally and 27 degrees vertically. The camera recognizes pavement markings and communicates with the steering gear of the Highway Pilot system to keep the truck in its lane autonomously.

The Adaptive Cruise Control system of the Freightliner Inspiration Truck uses the same hardware and software as the series production variants of the Mercedes-Benz Actros and Freightliner Cascadia Evolution. The system receives the same input signals within the identical range of values and comprises the same functions and safety features. The use of the standard system ensures that the acceleration and braking maneuvers controlled by the Highway Pilot system are always within the limits of the production vehicle. The active power steering system uses the same hardware as the production vehicles, however, the software has been modified. The system offers the same functions and safety features as the system in the series production vehicle.

The steering gear installed in the Freightliner Inspiration Truck has already been proven on the road in Mercedes-Benz trucks since 2011. The camera of the Lane Keeping Assist system has already completed more than 50,000 miles (80,000 kilometers) of testing and has been used in all Mercedes-Benz Advanced Engineering projects since 2008. Testing of the front radar unit also began in 2008 and since then it has successfully completed more than 2 million miles (3 million kilometers) in series production and in tests at Mercedes-Benz Cars and Daimler Trucks.

The extraordinary exterior of the Freightliner Inspiration Truck is dominated by the hood design, which overlaps the usual radiator grille. The hood can be pushed forward and tilted for opening. The door skins are shaped to perfectly blend with the lines of the front end. The side panels were re-designed to form a single unit with the hood and the wheel arches. The wheel arches themselves have been optimized aerodynamically and have a dynamic design.

The exterior lighting of the Inspiration Truck is a true eye-catcher and complete¬ly new: the license plate, indicators and the radiator grille shine blue as soon as the vehicle is in autonomous mode, and white and yellow while in standard operation. The unusual headlamps continue the design idiom of the hood.

A special feature in the interior are the bench seats, which were installed specifically for the driving event of the Freightliner Inspiration Truck premiere. In addition, halogen lighting in the interior creates a pleasant, cozy atmosphere.

After the Cascadia Evolution Truck and the SuperTruck, the Inspiration Truck represents the third demonstration of the consistent way in which the Freightliner Trucks technology strategy has developed in the USA. As a global commercial vehicle manufacturer Daimler is demonstrating how in-telligent technologies can be rolled out across Group brands within the shortest time frame. Daimler Trucks’ worldwide platform strategy in particular allows economies of scale to be made.

A look at the technical systems that will be required for autonomous driving in the future and a comparison with the components in use in today’s passen-ger cars and commercial vehicles show that Daimler – with its Mercedes-Benz, Freightliner Trucks, Detroit Diesel and Fuso brands – is already in a leading position today. No other company has the combined power from the commercial vehicles and passenger cars sectors in this field. In doing so, the Group secures comprehensive know-how to optimally develop autonomous vehicles for highway traffic. In the field of commercial vehicles, the Highway Pilot system is the only one in the world to feature the kind of sensor and camera technology that makes operation of the Freightliner Inspiration Truck possible – from initial acceleration to the speed limit for trucks. With this, Freightliner Trucks presents the most inno¬vative product with the highest degree of automation for the USA.

Truckers and the autonomous vehicle

In terms of on-highway commercial trucks, it is incorrect to refer to a ve¬hicle in autonomous mode as a driverless truck. Drivers remain the boss in their vehicle because the technology developed as part of the Freightliner Inspiration Truck requires the presence of a qualified truck driver with valid commercial driver’s license in the cab and on the gauges. The driver is an important part of the system and must remain in control of the truck in certain traffic situations on the highway and on country roads, in city traffic and when hooking up a trailer or making deliveries.

Autonomous driving relieves drivers from tiring and often monotonous long-distance routes, which today represents a major part of their workload. At the same time, drivers gain time for other tasks and for communicating with their environment. It is conceivable that drivers will take over tasks that today are the domain of the dispatcher or that benefit social contact. Owner-operators in particular can get their office work done conveniently while on the road.

Taking on other tasks will significantly change the trucker job. This will create career opportunities for drivers to become transport managers. The trucker job will become more attractive – autonomous driving is therefore a clear response to the existing driver shortage. Autonomous driving will fuse truck and driver into a team more than ever, and into a meaningful, effective and highly economical combination of man and machine.

The autonomously driving truck will increase fuel efficiency, improve traffic safety and reduce CO2 emissions. Tests by Mercedes-Benz and Freightliner Trucks indicate that autonomous driving will cut fuel consumption by up to five percent. This data was corroborated by a recent Frost & Sullivan study, which found that an autonomously driving heavy-duty truck can achieve a savings potential of up to seven percent on average, while fuel consumption in regional transport would be reduced by four percent. Frost & Sullivan also reached the conclusion that autonomously driving trucks will lower maintenance costs for transport companies, for example, as the result of less wear on the vehicle components due to a more constant flow of traffic.

Because autonomous vehicles will be connected to their environment and other road users to such an extent that they will avoid areas with heavy traffic, they will also be able to contribute to reducing traffic jams on highways. The traffic of the future will flow more smoothly and be more predictable. Traffic systems will become more flexible, and the infrastructure will be utilized better. Transport companies will operate more profitably and more flexibly.

Traffic on long-distance routes that is predictable for all road users last but not least also means more safety for all parties involved. Assistance systems already regulate the speed today and in an emergency initiate autonomous braking to avoid an accident. Both have been proven effective for years. Autonomous driving represents the perfecting of the technology as the result of the fusion of the assistance systems. Safety regulations such as a safe following distance or speed limits are always complied with correctly. Anticipatory driving, a recurring theme in driver training, is pro¬grammed safety and economic efficiency for the Inspiration Truck.

Daimler Trucks has studied the influence of autonomous driving on the driver’s attentive¬ness in the truck cab during the trip. For this purpose, a project team from Daimler Group Research conducted scientific studies of drivers on a closed test circuit.

Each of 16 participants drove a truck with Highway Pilot system and two different conventional trucks for four hours without a break by himself. EEG and ECG measurements were taken during the four-hour drive. Electroencephalography (EEG) is an examination method from neurology that provides a general picture of current brain activity, including the level of attention. An electrocardiogram (ECG) records the electrical activity of the heart and provides information about the driver’s current physical stress. This method made it possible to determine the level of fatigue of the test subjects. Of the participating drivers, 12 had no previous experience with an autonomously driving truck. However, after the drives they stated that they had grown accustomed to the Highway Pilot quickly and confirmed that this system made driving considerably easier.

The results of the studies show that a driver is more attentive and con-sequently able to perform better if the use of the Highway Pilot system allows him to also do other jobs instead of having to perform monotonous driving-related tasks. With the help of the objective brainwave measurement (EEG), it was possible to prove that drowsiness was reduced by 25 percent when the truck operated in autonomous mode and the test subject per-formed interesting secondary tasks (e.g. on a tablet computer). The drivers were also asked subjective questions about their level of fatigue. These re-sults also indicate that drivers are more alert and more attentive while driving in autonomous mode. In this way, it was possible to prove that the technology in the Freightliner Inspiration Truck leads to drivers who are considerably more concentrated. This not least translates into more safety for all road users. 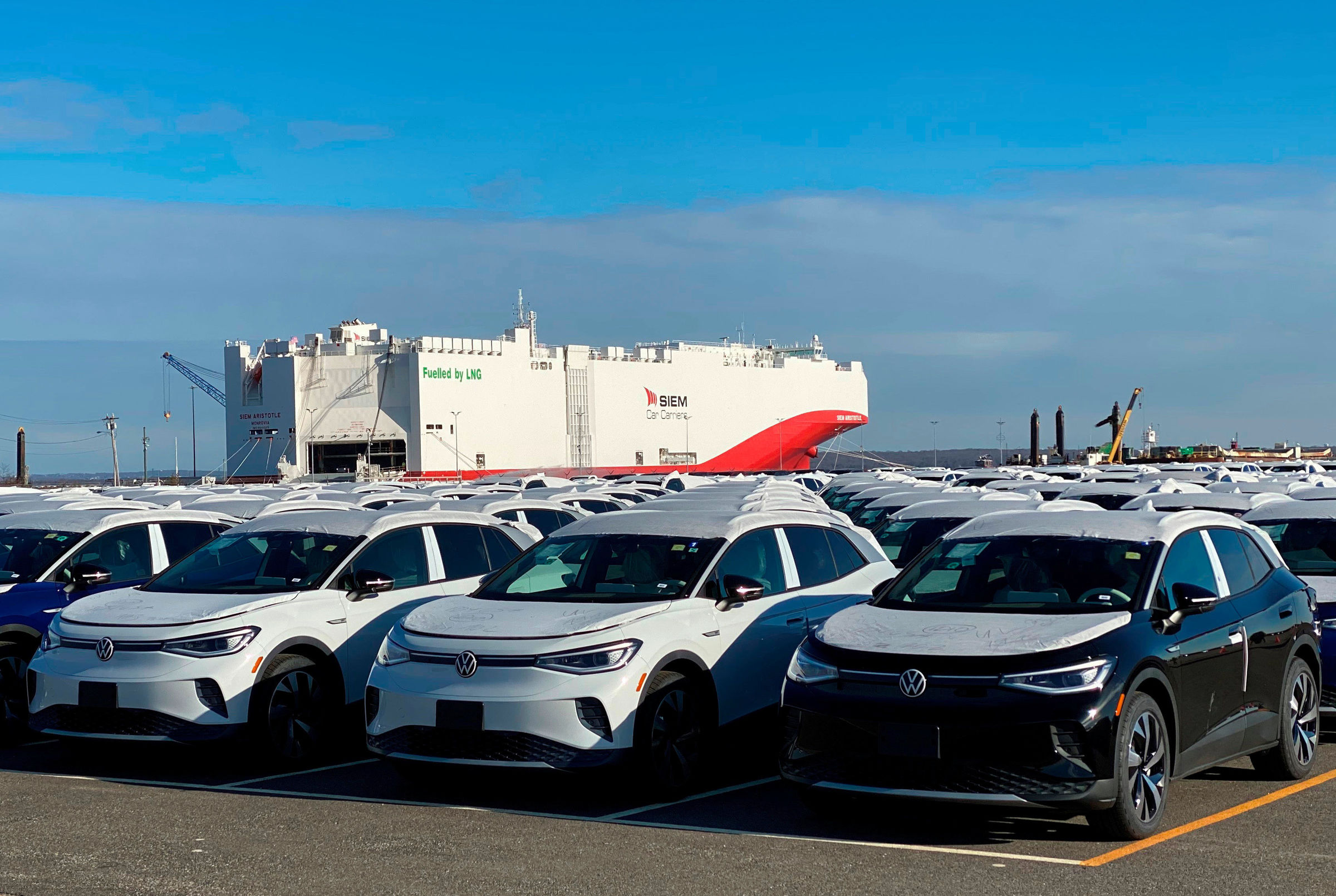