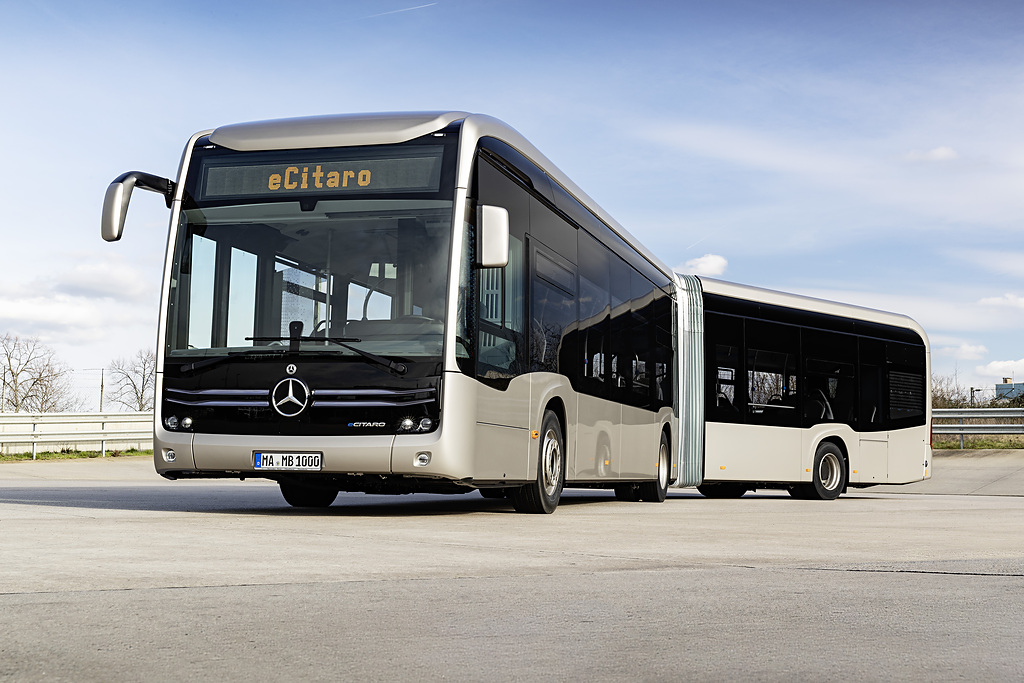 Hamburger Hochbahn AG, the largest operator of public transport in Hamburg, has ambitious goals: By 2030, the entire city bus fleet is to be converted to locally emission-free vehicles. A key component of this is the all-electric Mercedes-Benz eCitaro. On August 1, the 100th vehicle was handed over in Mannheim. The anniversary model is part of a comprehensive framework agreement for up to 530 zero-emission city buses for Hochbahn between 2021 and 2025. The exact number of units and their distribution will be determined during the term of the agreement.

“The 100th eCitaro for Hamburger Hochbahn AG is a milestone,” comments Mirko Sgodda, Head of Sales, Marketing and Customer Services at Daimler Buses. “Hochbahn had taken delivery of the first production eCitaro vehicle at the end of 2018. If we are now already delivering the 100th unit to Hamburg, this is a clear sign that the eCitaro has proven itself in practice in the best possible way.”

However, the 100 eCitaro anniversary is no reason to pause. After all, ten more eCitaro are currently being delivered. With them, the fleet of Hamburger Hochbahn AG already consists of 83 solo and 27 articulated buses. A further 68 solo and five articulated buses have been ordered for the current and the coming year. These include the first models with the upcoming, even more energy-rich NMC3 batteries for particularly long ranges without recharging. With this step, Hamburger Hochbahn AG has then taken all of the rapid development steps of the eCitaro and has all battery generations in operation from NMC1 to NMC3 as well as with solid-state batteries.