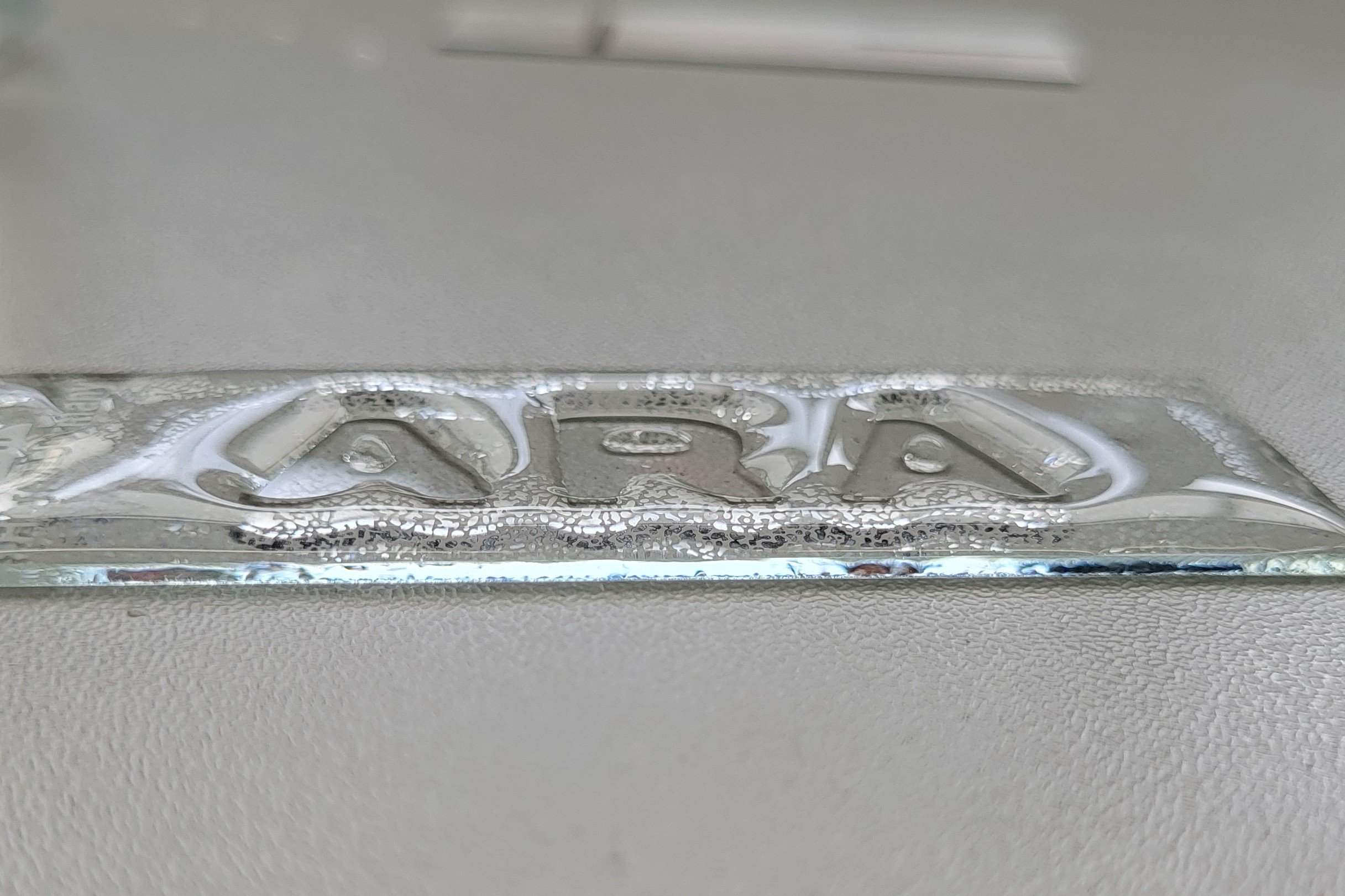 As part of eMove360° Europe 2022, 6th International Trade Fair for Mobility 4.0 electric-connected-autonomous (5-7 October), the winners of the 20th MATERIALICA Design + Technology Award were announced on the evening of 5 October. The jury of experts had selected the most innovative and sustainable products and projects as finalists for this prestigious award. It is the only one worldwide positioned at the interface of design, technology and materials. The category winners were formally honoured in Conference Room 1 of Hall Hub 27 at Messe Berlin and duly celebrated at the subsequent get-together with cool beer and snacks. This year, the MATERIALICA Gold Award in the Process category went to ARA-Coatings for laser-induced PVD coatings ARA-LT®.

The PVD-coated PET films are offered as “ARA-LT® – laser films” by Ara Coatings in rolls. In the meantime, a large number of such laser foils exist with which metals, alloys, semiconductors and oxides or nitrides can be transferred to a wide variety of product surfaces. Commercially available marking lasers (fibre or YAG with 10-20 W power) are suitable for processing these laser foils.

Unique selling propositions: The laser-induced PVD coatings open up a wide range of possible applications: On the one hand, they can be used to mark products – in unique optical quality, extremely robust and very resource-saving (a marking with ARA-LT® is many hundreds of times thinner than a conventional printing). For example, lasered titanium coatings have already been in use for many years, especially on ceramic and glass surfaces, without any wear or other problems so far.

On the other hand, the special type of layer generation, namely the “double bypassing of thermochemical equilibrium conditions” (once during the production of the laser foils themselves by means of PVD and then as a result of the laser-induced, locally high energy densities during the transfer of the PVD layers to the product) provides a unique “tool” to specifically influence the stoichiometry, the micro- and nano-structure as well as the surface morphology and thus generate completely new, specific functionalities.

In concrete terms, for example, it has been possible to create a semiconductor material in the form of lasered silicon that is not photocatalytic like anatase and first has to be recharged each time it is exposed to high-energy light, but is permanently catalytically effective. In this way, expensive materials such as platinum can be substantially reduced or even completely substituted in catalytic converters, for example, or the use of rare materials can be reduced.

Due to the flexibility of being able to apply almost any inorganic material by means of a laser beam and to influence it chemically and physically at the same time, superhydrophilic, hydrophobic, antimicrobial and corrosion-protecting laser coatings have already been realised – and a multitude of other functionalities will certainly be added in the near future.

Another advantage is that this process of laser-induced PVD coatings is very fast (laser surface coating speeds of 3-4 minutes per m2 have been achieved so far), making it suitable for large-area applications (upscaling of PVD processes and laser processes has been state of the art for a long time). In terms of price, the laser coating processes are also not far removed from the common printing processes, because the laser foils are manufactured in a roll-to-roll process.

The areas of application for this process are also enormously expanded by the fact that “ordinary” standard marking lasers can be used for the laser-induced PVD coatings and the PVD coatings used are ecologically harmless, are available in large quantities and are available worldwide.

Underlying development achievements: The idea for these laser-induced PVD processes originated at Ara-Coatings more than ten years ago. Since then, a large number of laser-transferable PVD coatings have been developed at Ara-Coatings and produced in the company’s own sputtering plant. Patent applications have been filed. One of the major challenges was to apply the PVD coatings on a laser-transparent carrier material in such a way that it is possible to melt (not evaporate) them with a laser beam, release them from the carrier film and place them on the product surface in a controlled manner – without affecting it. For this purpose, numerous coating trials were carried out in which the PVD coating process parameter settings were successively varied and optimised – and suitable analyses (microscopy, spectroscopy, SEM, EDX, XRD, XPS, but also methods for testing the mechanical, chemical and thermal stability) were carried out in parallel. Based on the results obtained, the PVD coatings could then be improved accordingly until they were ready for production for specific applications in each case. Different types of lasers and devices were also tested and, in particular, finding the appropriate laser parameter settings for the respective laser film often took a lot of time, as no physical calculations on this topic exist yet that could have facilitated this work.

Future perspectives: Based on the experience of the last few years, in which this process or technology has already been used successfully by numerous customers for marking their (very different) products on the one hand, and numerous laser foils have already been developed for very specific customer requirements on the other, it can be predicted quite reliably that laser-induced PVD coatings will “spread” strongly in the near future – especially since they can be used for very different purposes. If one also takes into account the aspects of sustainability, “maximum effectiveness with minimum material input”, the completely new possibilities of surface functionalisation that go hand in hand with the substitutability of “critical materials”, as well as their attractiveness in terms of price that characterise these processes, then it can be assumed that laser-induced PVD coatings will play an increasingly important role, especially in increasing efficiency and reducing manufacturing costs of solar cells, electrolyzers, batteries and fuel cells.  www.ara-coatings.de