Successful E-Mobility from ZF: Speed on the Track, Range in Everyday Traffic

ZF and Venturi have teamed up in a technology partnership for the FIA Formula E since 2016. Now, for the fifth season of the championship, ZF has developed an electric drive for the Venturi team, including an electric motor, a newly developed transmission and power electronics.

During the three-month break between the last race of Season 4 and the first race of Season 5, ZF’s engineers adopted new approaches that would not be possible in volume production development, pushed the boundaries and benefited above all from the company’s systems expertise. With the first racing victory and a fifth place in this season, the development work has paid off. At the same time, the know-how gained and tried out in motor racing provides insights that go directly into volume production development.

“We not only provide electric drives for cars, buses and commercial vehicles. Our specially developed technology also delivers in extreme motor racing where every watt-second from the battery, top efficiency and every hundredth of a second count,” says Jörg Grotendorst, Head of ZF’s E-Mobility Division. The latest example of the systems supplier’s vision in this field is the electric drive with a maximum output of 250 kW that ZF has developed for the Monaco-based Venturi team’s Formula-E cars.

At the last Formula E in Hong Kong, Edoardo Mortara brought home the very first racing victory for Venturi. A magnificent fifth place by ex-Formula-1 pilot Felipe Massa rounded off the most successful racing weekend to date for the two partners Venturi and ZF.

Fast off the mark also in development

“It’s fascinating to adapt technologies to motorsports with the main focus on performance and every last hundredth of a second,” says Tobias Hofmann, Project Manager for the Formula-E drive. “We developed our drive concept in just a few months, which was important because we only had one and a half years until the first trials on the race track.” During this time, the ZF engineers got everything together from concept to parts procurement to testing on the test bench to produce a high-performance drive that accomplished its first race in Saudi Arabia another eight months later. “The development phase was extremely dynamic, with lots of variables and short-term changes and design loops,” explains Hofmann. That threw up key drive requirements even at late stages – for example the “attack mode” that gives the pilot a short 25 kW-boost for overtaking maneuvers.

Specific parameters were defined from the outset. They included not only improved efficiency and maximum weight saving, but also high durability because the drive components of Formula-E race cars have to stand up to 13 races per season with a total of more than 5,000 racing and qualifying kilometers. The teams can only swap the drive components in each car once because any more would result in drastic time penalties.

ZF made full use of its systems competence to combine maximum efficiency with weight savings. The result is that the electric drive with specially designed transmission ratio and power electronics achieves much higher energy conversion efficiency than volume production applications. The optimal overall package was only possible by uniting materials expertise, toothing and gearing experience, optimal lubrication and cooling and the latest in power electronics. “Isolated efforts without this systems approach would just have evaporated into thin air,” says Hofmann.

For example, for the transmission housing, ZF used a lightweight metal alloy, and in the power electronics even carbon. Both these materials significantly reduce weight compared to conventional materials. And the engineers had to break new ground with the cooling and lubrication to realize their weight-saving concept of a high-efficiency transmission ratio. A dry sump lubrication increases the energy conversion efficiency in the reduction gears. The ZF team used silicon-carbide in the power electronics for the first time. Silicon-carbide chipsets can be designed ten times thinner than current silicon types, so they produce a lower internal resistance. The results are increased battery efficiency and range.

“A lot of the experience we’ve gained from the racing application will impact on future ZF products,” explains Jörg Grotendorst.

One example is silicon carbide in the power electronics, which ZF plans to use in volume production in around three to four years. ZF will transfer its Formula-E experience and data directly into further development of this new technology. Concepts ZF initially developed for racing cars will gradually find their way into volume production applications, for instance a special winding design for electric motor stators.

The development of the electric motorsports drive has also had a positive effect on the test benches. In a drive with the main focus on efficiency, every detail counts. With system efficiency rates close to an ideal 100 percent, this makes high demands of the measuring accuracy of the test environment. Now this kind of high-precision setup is also improving testing in ZF pilot production projects.

The need to overcome limits under time pressure and to take new directions will also affect future development projects: “Basically, system development with lots of open parameters for a new automotive customer, like an electric minibus and van manufacturer, is pretty similar to a motorsports project,” says Hofmann. This is how the achievements of the ZF engineers in designing an effective concept with an optimal systems approach even without a detailed requirement specification will give the company a competitive edge.

07.11.2019
Shedding new light on the charging of lithium-ion batteries
30.10.2014
Electrical safety equipment to carry out work on electric vehicles 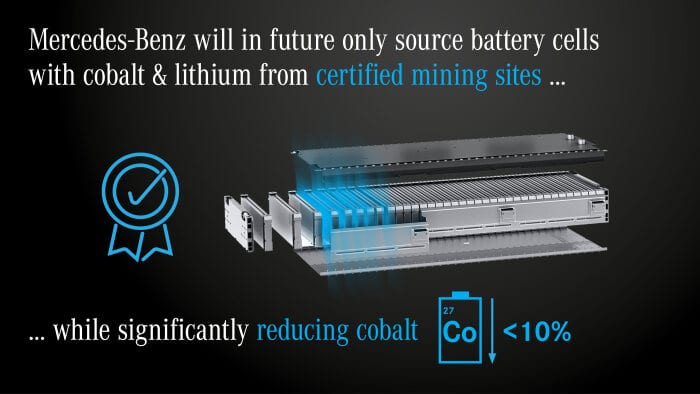 19.11.2020
Mercedes-Benz will in future only source battery cells with cobalt & lithium from certified mining sites, while significantly reducing cobalt