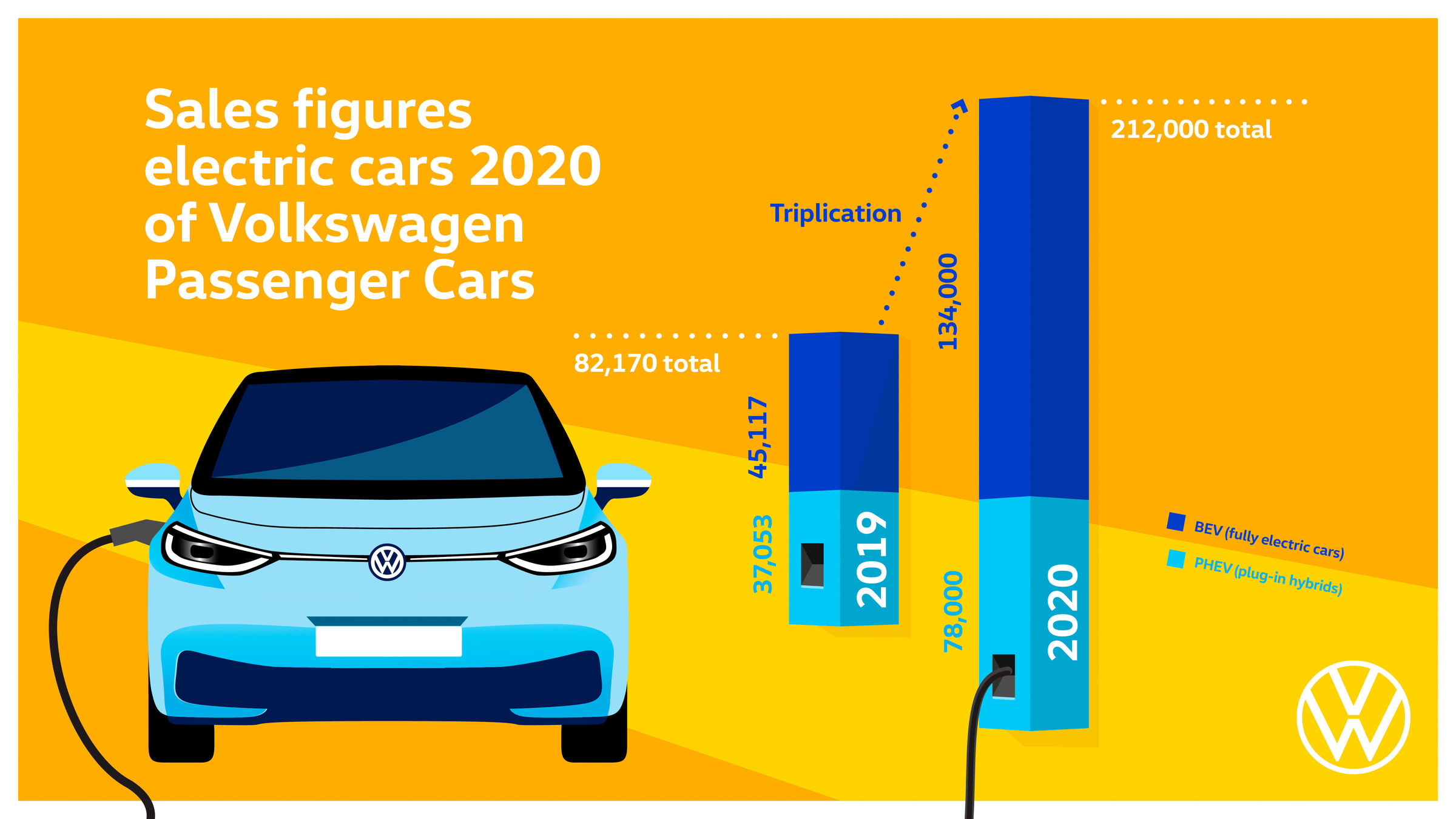 Volkswagen Passenger Cars has hit the ground running in the transition to electric mobility. “2020 was a turning point for Volkswagen and marked a breakthrough in electric mobility,” said Ralf Brandstätter, CEO of Volkswagen Passenger Cars. Last year, the brand delivered more electric vehicles worldwide than ever before, handing over more than 212,000 electric cars in total (+158 percent versus 2019), including nearly 134,000 battery electric vehicles (+197 percent versus 2019). “We are well on track to achieve our aim of becoming the market leader in battery electric vehicles,” Brandstätter continued. “More than any other company, we stand for attractive and affordable e-mobility.”

Despite a challenging market environment, Volkswagen delivered around 5.328 million vehicles across all drive systems to customers around the world. This is a decline of around 15 percent compared to the previous year. In the month of December, the brand continued its final sprint toward the end of the year and was only slightly below the very good monthly figures of the previous year with minus two percent. “Volkswagen showed its strengths in 2020. Despite all of the restrictions in automotive trade caused by the pandemic, we were able to maintain our global market share and even expand it in several regions,” said Klaus Zellmer, the board member responsible for Sales of Volkswagen Passenger Cars. “This shows that we have attractive products that excite our customers and a highly motivated dealership organization.”

ID.301 leaps straight to pole position on the sales chart in many countries in Europe

Volkswagen Passenger Cars launched nine new electric and plug-in hybrid models in 2020. This brought the share of BEV and hybrid vehicles in Europe up to 12.4 percent of the brand’s total deliveries – after 2.3 percent in 2019. The most popular model was the ID.3 with 56,500 units sold – even though this only came on the market in September – followed by the e-Golf02 with around 41,300 units and the Passat GTE03 with approximately 24,000 units. Some 68,800 units of the ID.3 were ordered in 2020 and more than 56,500 have already been delivered to customers – including to some 14,400 customers in Germany. “We really hit the bullseye with the ID.3,” said Zellmer. “Even though it was only introduced in the second half of the year, it ranked in the top of the sales charts in many countries almost right away.”

In fact, the ID.3 was the most frequently delivered BEV in Finland, Slovenia and Norway in December. In Sweden, the ID.3 was actually the top-selling car in December 2020 in absolute numbers – regardless of the type of drive. In the Netherlands and Germany, Volkswagen Passenger Cars managed to leap to the number one spot in all-electric vehicles over the full-year 2020 – with a share of 23.8 percent in Germany in the BEV market and 23 percent in the Netherlands. The breakthrough of electric mobility was also evident in the German fleet market, where the share of BEV and PHEV vehicles ordered increased to around 22 percent in total, up from around 2 percent in 2018 and some 5 percent in 2019.

ID.4 and plug-in hybrids to provide additional boost in 2021

Following closely on the heels of the ID.3, Volkswagen’s second all-electric model, the ID.404 is being successively launched. It is the brand’s first all-electric world car and as an SUV is also right in line with customer trends: the share of SUVs of Volkswagen’s total deliveries worldwide rose from 29.8 percent in 2019 to 34.8 percent in 2020.Klaus Zellmer said: “For 2021, we plan to increase our global market share.” In addition to the hybrid offensive started in 2020, the new BEV models will also provide a boost here. 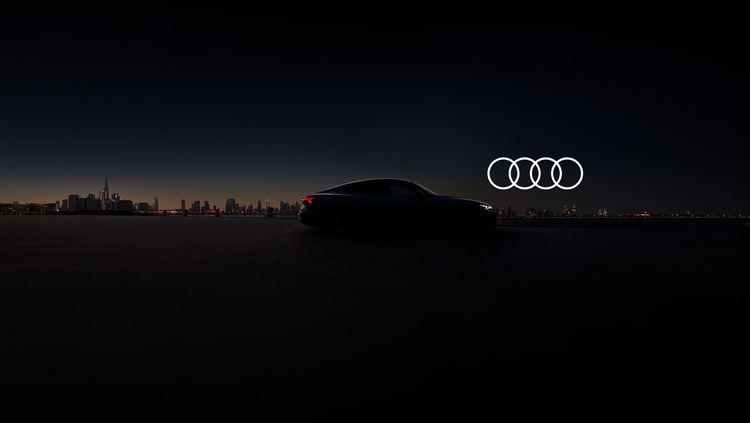