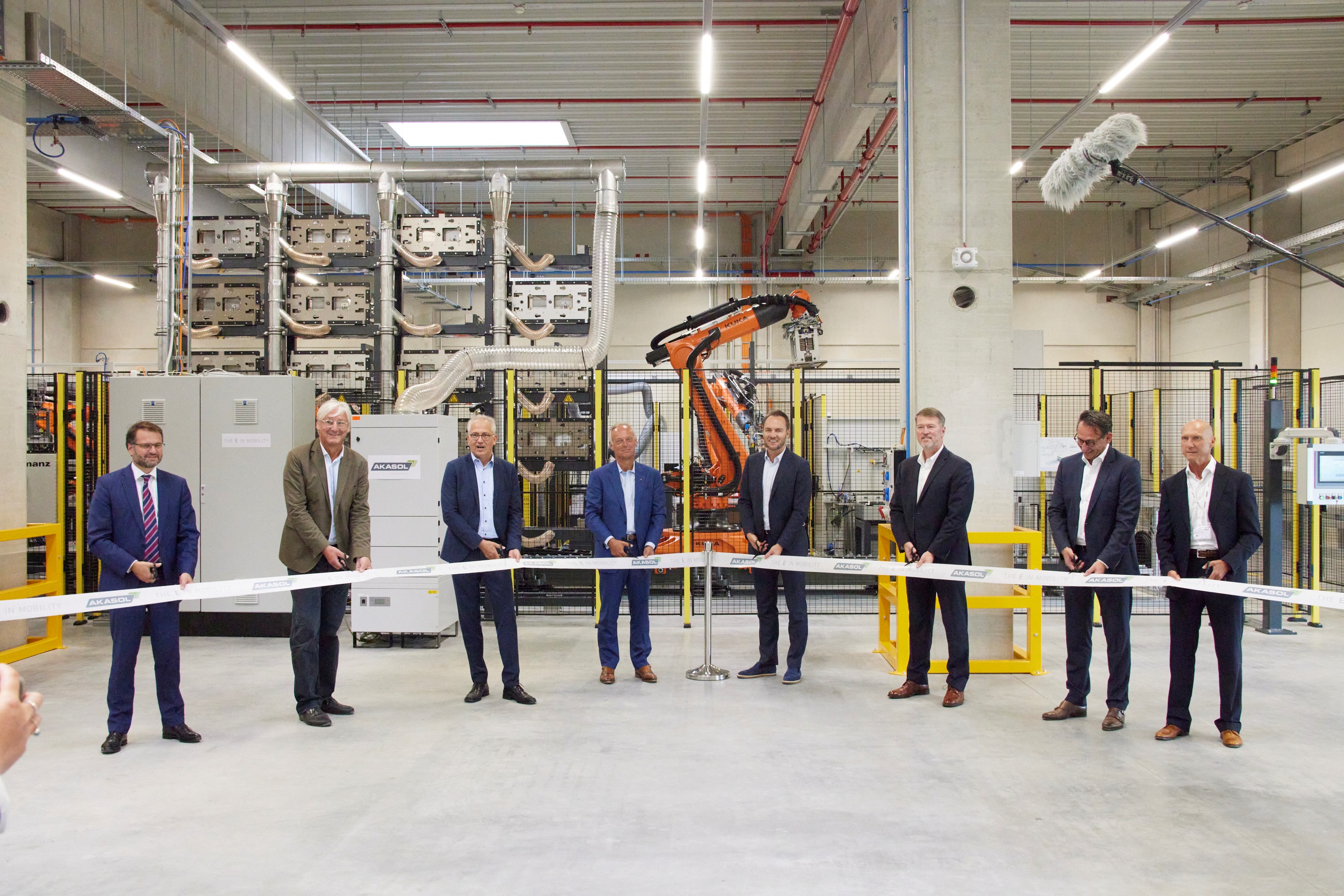 AKASOL AG held a ceremony with more than 160 guests in attendance to open its Gigafactory 1, Europe’s largest factory for commercial-vehicle battery systems. The state-of-the-art factory has a production capacity of up to 1 GWh in the first phase of its expansion and will gradually expand to 2.5 GWh by late 2022. In addition to Tarek Al-Wazir, Hessian Minister of Economics, Energy, Transport and Housing, numerous representatives from politics and business were in attendance at the opening ceremony. Peter Altmaier, Federal Minister for Economic Affairs and Energy, congratulated AKASOL in a personal video message.

“The opening of Gigafactory 1 is an important milestone in our company history. Here in Darmstadt, in a highly automated and extremely advanced production facility, we produce high-performance lithium-ion battery modules and systems that provide an important key for the transportation and energy transition. We are particularly proud of the appraisal and recognition of this important milestone by numerous high-profile guests among our customers and suppliers, by the top management of our new main shareholder BorgWarner, and by representatives from the political arena, particularly Federal Minister Peter Altmaier and Hessian State Minister of Economics Tarek Al-Wazir. The course has now been set to continue our growth as a driver of innovation in electromobility, even more dynamically than before,” AKASOL CEO Sven Schulz remarked.

In the first expansion phase, the new AKASOL Gigafactory 1 will produce world-leading Li-ion battery systems for commercial vehicles on highly automated and fully networked production lines with an annual production capacity of 1 GWh. The commissioning of further production lines will boost production capacity to up to 2.5 GWh in the coming year. Depending on customer requirements, this can be expanded to up to 5 GWh. This makes the new AKASOL Gigafactory 1 by far the largest production location for Li-ion battery systems with commercial-vehicle applications in Europe. Once it is operating at full capacity, the facility will be able to produce battery systems for more than 10,000 commercial vehicles each year. The company is investing more than 100 million euros in this location.

“I am delighted that AKASOL AG provides us with a German market and technology leader for traction battery systems in the commercial-vehicle sector. With the new Gigafactory in Darmstadt, AKASOL AG is making a decisive contribution to CO2 reduction in public transportation and logistics. Innovative enterprises like this one help us meet our ambitious climate goals – and they create added value and jobs in Germany,” said Peter Altmaier, Germany’s Federal Minister for Economic Affairs and Energy, on the opening of the new headquarter and Gigafactory 1.

The AKASOL campus spans more than 20,000 square meters (approx. 215,000 square feet) in the southwest of Darmstadt and is conveniently located near German federal motorway A5 and the hub of Frankfurt am Main. The 15,000-square-meter (approx. 161,000-square-foot) two-level production, assembly and logistics hall is also home to a test and validation center for the testing of cells, modules and systems, ensuring the highest standards of quality. A 600 kWp solar plant feeds the production facility and offices as well as the German state of Hesse’s largest charging-station park for electric vehicles, featuring more than 60 charging stations.

“Founded by a young entrepreneur from southern Germany together with researchers and developers from the Technical University (TU) of Darmstadt, AKASOL AG has always managed to hold its own at the forefront of technological development. AKASOL is one of the key players in the market today. The example of AKASOL demonstrates the quality of Hesse as a business location, the relevance of the diverse university landscape for economic development in Hesse, and the potential that sustainable technologies have for creating future-proof jobs and generate economic momentum,” says Hesse Minister of Economics Tarek Al-Wazir.

The new offices in the 7,500-square-meter (approx. 81,000-Square-foot) headquarters adjacent to the production hall offer a state-of-the-art working environment for the more than 300 employees in research and development, sales, product and project management, purchasing and administration. The open-plan concept promotes collaborative work and employee interaction.

“It is important to us to offer our employees in the new headquarters a modern and attractive working environment, one that promotes both knowledge-sharing and personal well-being. Our campus has a sustainable energy supply and a production and test environment built to the highest standards of quality. With this investment, we are laying the cornerstone for our continued growth and long-term business success in the fast-growing market of electromobility,” said Carsten Bovenschen, CFO and Management Board member in charge of human resources at AKASOL AG. 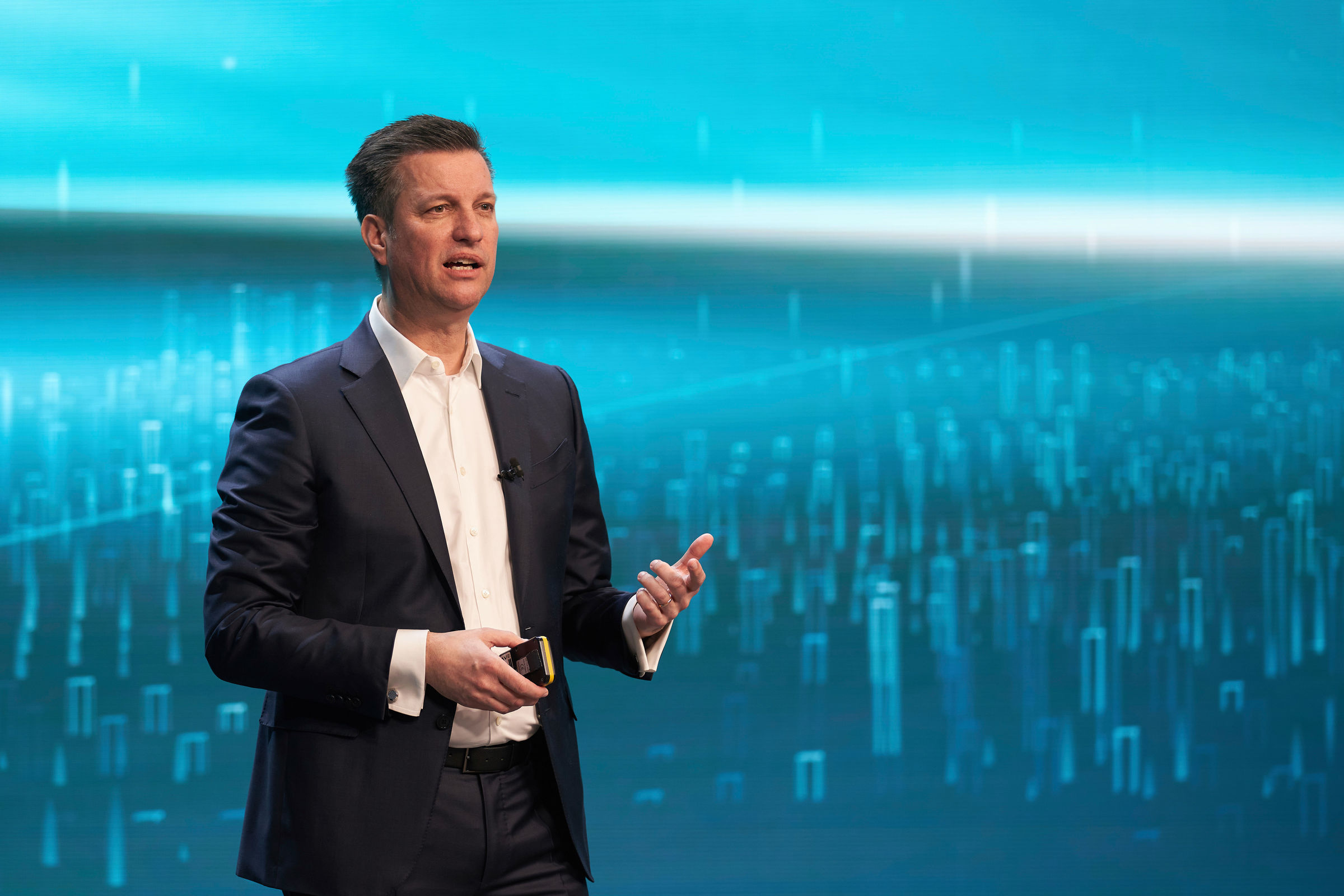 15.03.2021
Power Day: Volkswagen presents technology roadmap for batteries and charging up to 2030