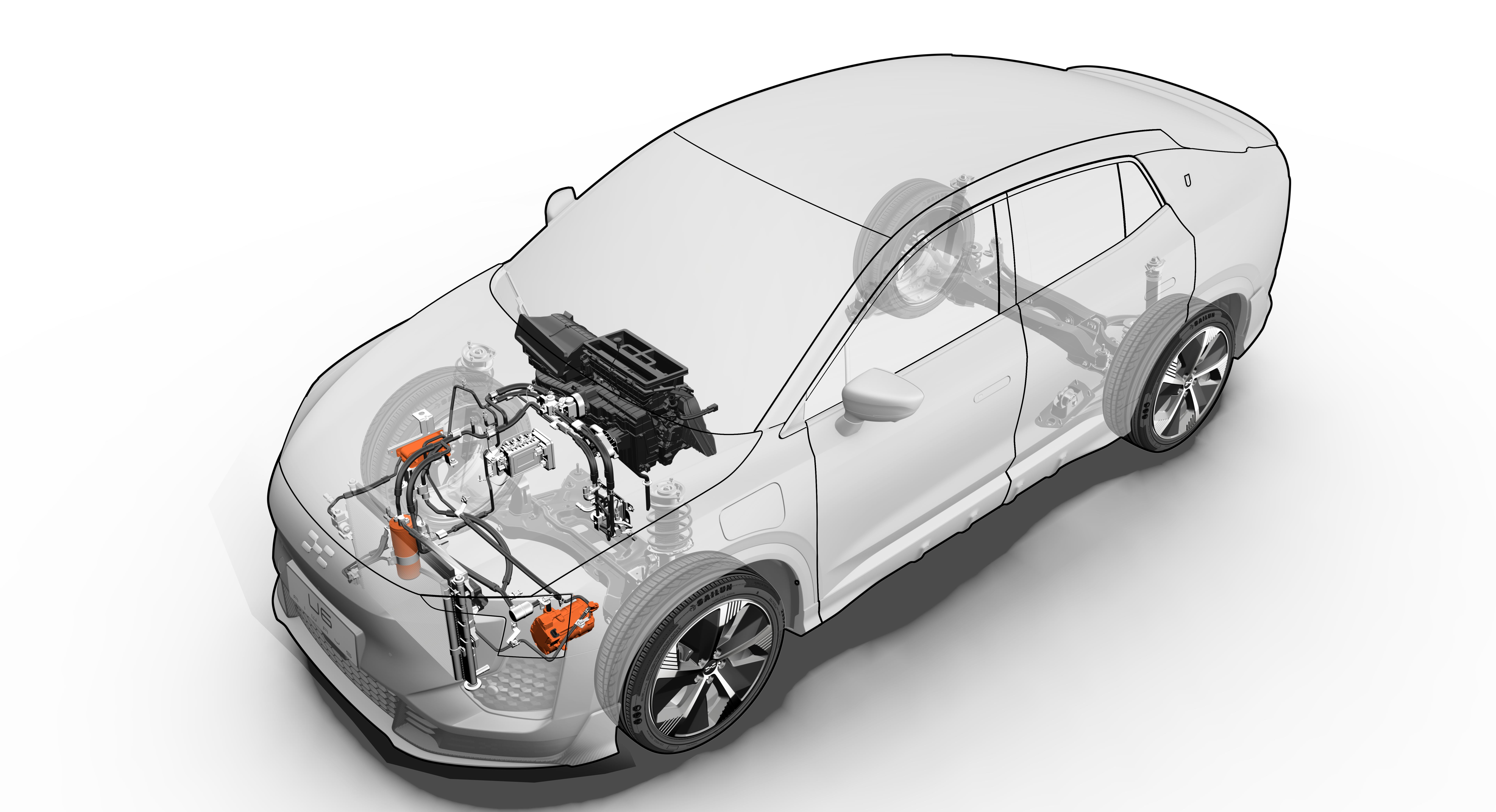 Details before the premiere: In-house developed powertrain for the Aiways U6 SUV Coupé

Just a few weeks before the premiere of the new Aiways U6 SUV coupé, details of the powertrain have been published by the Chinese e-car manufacturer. For the first time, a self-developed electric motor is used on the basis of the MAS platform (More Adaptable Structure). The new motor, which was not only developed by Aiways but is also manufactured in its own factory, could be improved in many areas. “The AI-PT, or Aiways Powertrain, is something very special. It makes us one of the very few car manufacturers that has not only designed its engine itself, but also builds it. In this way, we not only achieve the best possible integration into the vehicle, but our innovative strength also gives us a real competitive advantage. Because you won’t find our engine in various other vehicles,” says Dr Alexander Klose, Executive Vice President Overseas Operations at Aiways, explaining the advantages of the in-house development.

The increased maximum power and the improved maximum torque are directly noticeable. With an acceleration time of only 6.9 seconds to 100 km/h, it helps the Aiways U6 SUV Coupé to achieve the best value in its market segment. In addition to the dynamics, the comfort of the new AI-PT has also been improved. A modified reduction gearbox with high coincidence has significantly reduced the running noise of the gear drive. Special filter strategies have also been developed to control harmonics in the motor’s electrical circuit, which ensure a significant reduction in the noise perceived by humans and thus significantly increase driving comfort.

New heat exchanger: innovative use of waste heat from the drive unit to condition the battery and the passenger compartment
Another building block towards greater efficiency is the new package of measures for the best possible temperature management. For the AI-PT, this is taken care of by a new heat exchanger that not only cools the power unit, but above all makes optimum use of its waste heat, so that the heat energy released by the drive unit is not dissipated unused to the environment, but is used to heat the interior or to condition the battery pack. This not only makes the usable range less dependent on the outside temperature, but also increases the battery’s service life.

More Adaptable Structure: Many degrees of freedom in integrating the drive system
The new Aiways U6 SUV coupé will be launched with the 63 kWh battery familiar from the Aiways U5 SUV, which has 24 CATL modules and can be charged with up to 90 kilowatts at a DC fast charging station, or up to 11 kilowatts at a three-phase AC wallbox. However, the high flexibility of the MAS platform also allows for further variants here. This applies not only to the body configurations, but also to the drive configurations in terms of the positioning of the motors and the number of driven axles. www.ai-ways.eu