Siemens has developed an exceptional electric motor that combines high power with minimal weight. Systematic enhancement of all the components has resulted in a new drive system that sets a world record for power/weight ratio in its class.

This development marks a major step toward the everyday use of electrically powered aircraft and helicopters.

Sometimes a technological revolution can be captured in a few simple figures. In this case, those numbers would be five kilowatts per kilogram. What these figures express is the power/weight ratio of a new electric motor from the Electric Aircraft Unit at Siemens Corporate Technology.

“With a weight of 50 kilograms, it delivers around 260 kilowatts of continuous output,” explains Dr. Frank Anton, head of the electric aircraft team. “That’s a world record for this power class. Powerful electric motors used in industry have a power/weight ratio of, at most, one kilowatt per kilogram, and in the automotive industry they reach two kilowatts per kilogram at best.”

For the applications that are of interest to the Siemens team, the power/weight ratio is a crucial metric. After all, their aim, long term, is to revolutionize the aerospace industry. Back in 2011, Anton’s researchers, working together with Airbus Group and Diamond Aircraft, notched up a world premiere with the maiden flight of the first ever aircraft powered by a electric hybrid drive.

2013, the same plane flew with an optimized drive system. The electric motor used in this setup had a power/weight ratio of around 5 kilowatts per kilogram, which at the time was unsurpassed, but it only delivered a relatively modest 60 kilowatts of continuous power — enough for a single-engine light aircraft at most.

Anton’s goal is therefore to develop an even more powerful electric motor of minimal weight, since this is precisely the precondition for being able either to replace completely the internal-combustion or jet engines currently used in aircraft and helicopters or to combine those engines with an electric drive within a hybrid system.

In order to develop their record-beating motor, experts from the Large Drives Division and from Corporate Technology set about testing all the components from previous motors and optimizing them as far as was technically feasible. In this way, they were able to cut the weight of the motor’s so-called end shield by more than half, reducing it from 10.5 kilograms to a mere 4.9 kilograms.

Made of aluminum, this component supports the motor bearing and the propeller, which is fixed to a continuous drive shaft without a gearbox in between. “It’s subject to very large forces whenever the nose of the aircraft moves up or down, so it’s an absolutely vital component for the safety of the aircraft,” Anton explains. “That’s why, in the past, it was always pretty solid and therefore correspondingly heavy.”

To slim down this end shield, experts in lightweight engineering and the developers of Nastran at Siemens Product Lifecycle jointly developed a special optimization algorithm and integrated it into the Siemens CAE program NX Nastran. This algorithm breaks down the component into more than 100,000 individual elements and simulates the forces acting on each one of these cells.

In the course of countless optimization loops, the software is able to identify the elements that are barely subject to stress and are therefore dispensable. “Nature designs our bones in a similar manner,” says Anton. “Their structure follows the lines of stress from external forces. Using this iterative process, we end up with a solution an engineer would never have been able to work out by means of theory.”

The result was a filigree structure that nonetheless met all the safety requirements in regard to stiffness and stability. And that was only the start. Developers now have come up with the prototype of an end shield made of carbon fiber-reinforced polymers that weighs a mere 2.3 kilograms, less than a quarter of the conventional component.

And when it comes to the motor’s electromagnetic design, the developers have again found a few tricks to reduce weight by as much as possible. The use of a cobalt-iron alloy in the stator results in high magnetizability, and the permanent magnets of the rotor are arranged in a so-called Halbach array. This means that four magnets are positioned next to one another in such a way that the orientation of each field is in a different direction. One result of this is that magnetic flux can be optimally directed with a minimal use of material. A new cooling concept has also helped reduce weight.

“Because of the high current density, we needed a smart way of dealing with the waste heat,” Anton explains. “We use direct-cooled conductors and directly discharge the loss of copper to an electrically non-conductive cooling liquid — which in this case can be, for example, silicone oil or Galden.”

All of these enhancements presuppose an expert knowledge of the various processes in an electric motor. “Only a very few companies have such detailed understanding of converters and motors, not to mention decades of experience working with them in very different and sometimes very extreme environments,” says Anton. “What’s more, at Siemens we’re committed to the idea of electrically powered flight and have the staying power to develop the new drives.” Needless to say, other companies have now picked up on this topic as well, but Anton estimates that Siemens is a least three years ahead of the game.

The Aim of the Researchers: Regional Airliners with Hybrid Drives

The new electric motor from Siemens is relatively powerful — quite racy for a four-seater aircraft and not far short of being sufficient to propel a regional airliner. Somewhere between 500 kilowatts and two megawatts would be enough to fly a handful of business travelers across Germany. Such new drives would prove a blessing for the environment and for people living near airports, since they would significantly reduce not only CO2 emissions from air traffic but also aircraft noise. At the same time, airlines would benefit from big cost savings. “Kerosene accounts for over 50 percent of an aircraft’s lifecycle costs,” Anton explains. “The use of hybrid electric drives would reduce fuel consumption by around 25 percent, with the result that the total costs of an aircraft would fall by about 12 percent.”

This is because an intelligent hybrid drive combining an electric motor and a combustion engine can use turbines that not only are significantly smaller than those of today but can also be continuously operated at peak efficiency during flight. Today’s turbines, by contrast, are designed to deliver a maximum level of power that is only required during takeoff and ascent. Aside from that, they only require 60 percent of their maximum output. “With a kerosene-electric hybrid drive system, the turbine would run continuously at optimum power and provide energy, via a generator, for the electric motor powering the propeller,” Anton explains. “During takeoff, extra energy would be provided by a battery.”

Siemens is now working with Airbus to turn this vision of electrically powered flight into reality. Under the terms of a cooperation agreement dating from 2013, Siemens is involved primarily in developing new electric drive systems, while Airbus is working on new aviation concepts. If the engineers succeed in developing electrical motors that are even lighter and even more powerful, the first 60–100-seater aircraft with a hybrid electric drive could be taxiing for takeoff as early as 2035. 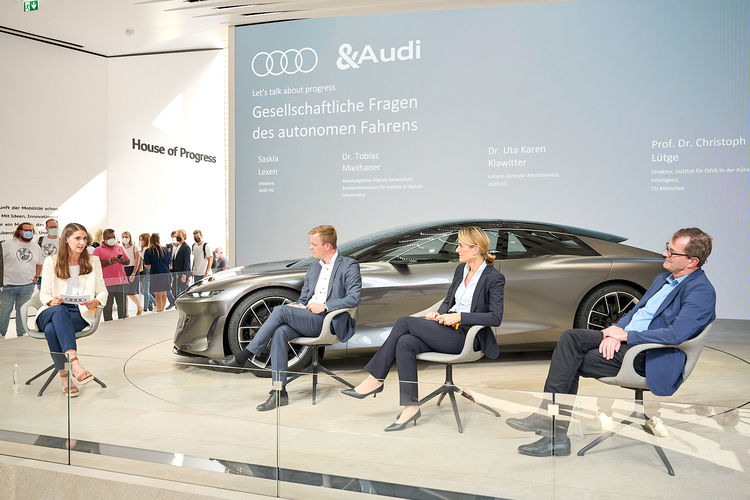