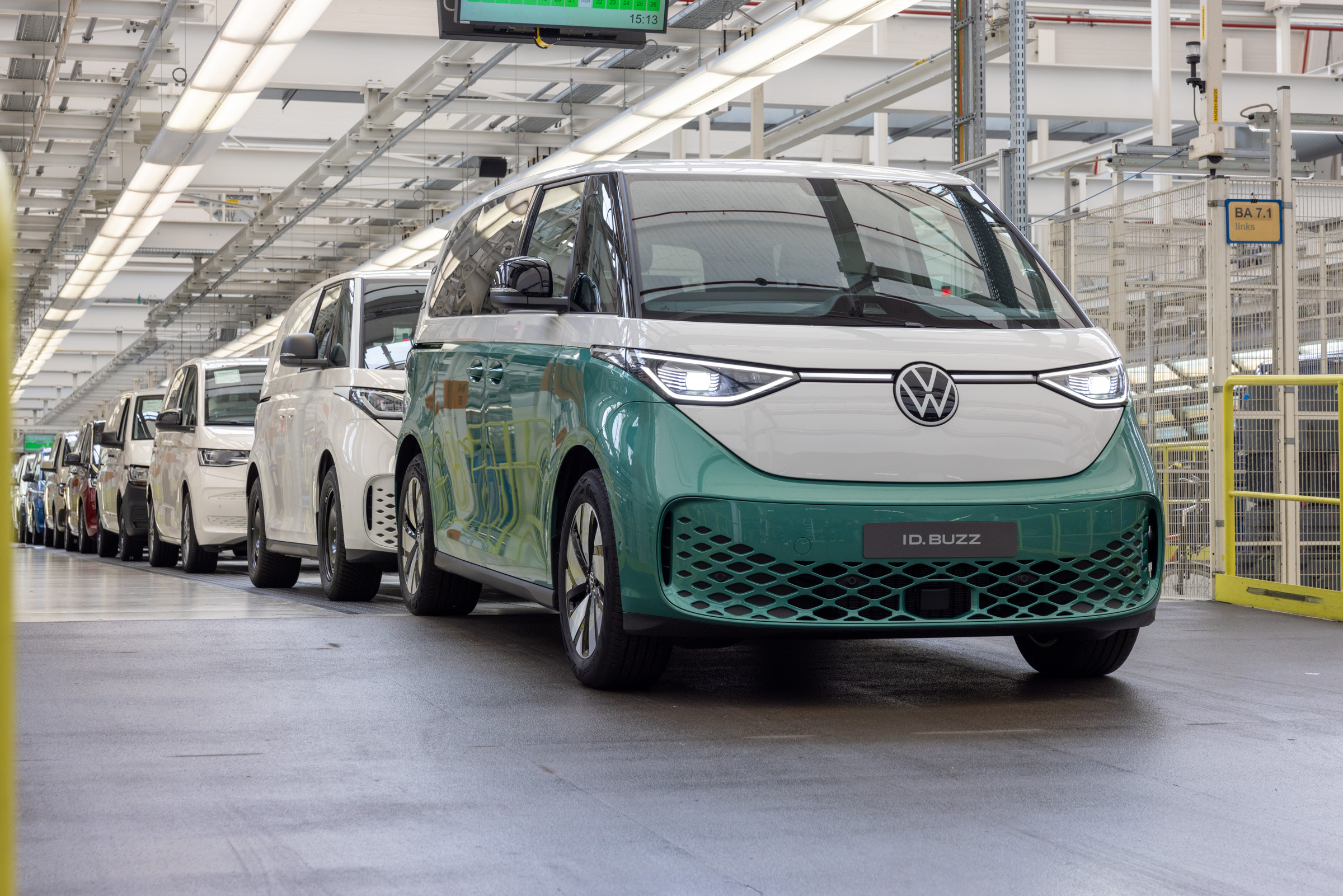 Hanover: start of production of the ID. Buzz in the Bulli factory

At the main plant of the Volkswagen Commercial Vehicles (VWN) brand in Hanover, the ID. Buzz Cargo is now starting series production of the ID. Buzz Pro. Alongside Zwickau and Emden, the Hanover location is Volkswagen’s third e-location in Germany where vehicles from the ID family are produced. For the new ID. Buzz, further conversions were made in the vehicle production at the Hanover plant. Among other things, a new body shop and new assembly line sections for electronics were set up.

Volkswagen Commercial Vehicles plans to produce up to 15,000 ID this year. Buzz Pro and ID. Buzz Cargo. After ramping up, it will be possible to produce up to 130,000 vehicles per year in Hanover. Both versions of the ID. Buzz are delivered in a CO2-neutral way. In addition, recycled plastics are used and the interior is completely free of animal leather.

Since May 20, the ID. Buzz Pro and the ID. Buzz Cargo can be ordered from all Volkswagen commercial vehicle dealers in Germany. The gross list price, taking into account the environmental bonus in Germany for the five-seater ID. Buzz Pro 56,606.30 euros. The ID Buzz Cargo is available from 38,240 euros net or from 46,455.60 euros gross after deducting the environmental bonus. The first deliveries will take place from autumn of this year.

31.07.2019
Fully electric heavy-duty distribution truck on the road near Rastatt