Thailand to be solar roof and electric vehicle center for Asean

Thailand has now set itself the goal of becoming the solar roof and electric vehicle hub of ASEAN over a 10-year time frame, according to the National Reform Council of Thailand (NRC).

The NRC’s urgent proposal enabling a “Non-barrier Solar Roof Installation Promotion” and ” Electric Vehicles Promotion” was sent to the cabinet earlier this year. Now with the approval of cabinet, Thailand is pursuing its preferred role as a manufacturing center for its own domestic benefit.

The non-barrier Solar Roof Installation Scheme recommends that households and buildings install solar cell panels on their roofs to provide for their own power consumption, and for the sale of the excess power generated.

The scheme is expected to eliminate the government’s monopoly on electricity generation, to offer an opportunity to the private sector and to the people in general to be both power producers and consumers, while eradicating the present barriers, resulting from long standing government regulation of electricity production.

“This Scheme will change the history of electricity in Thailand and change a government monopoly on electricity. Electricity manufacturing will open freely, without government concessions and quotas. The first five year goal is to see solar panels installed in at least 100,000 households” said Alongkorn Polabutr, NRC Committee and Chairman of the Subcommittee on Alternative Energy, Renewable Energy and Energy Conservation Reform.

According to Jane Namchaisiri, the spokesman of the NRC on Energy Reform and Secretary-General of the Subcommittee on Alternative Energy, Renewable Energy and Energy Conservation Reform, a solar roof will reduce the heat on the roof, meaning less demand on the building’s air-conditioners. The scheme is expected to be incorporated in housing estates in the early stages of construction.

Meanwhile, an “Electric Vehicles Promotion Scheme” has also won approval, and is aimed at promoting wide utilization of battery-driven electric vehicles (BEVs) in the future, including vehicle production by Thai manufacturers, research and development of vehicle components as well as promoting the financial support of the government and the private sector in manufacturing development. It is intended that the initiative results in Thailand becoming the ASEAN BEV hub.

According to Jane, there are currently 17 private companies producing electric vehicles; companies which are still facing budget and regulatory constraints that are expected to be voided with the introduction of the scheme.

Moreover, a seminar on the “Thai Future as a Non-barrier Solar Roof and the Electric Vehicle Hub of ASEAN” is being held on 12th June at the Royal Thai Army Club to publicize the two schemes among the people, as well as to hear opinions from the public and all related sectors. 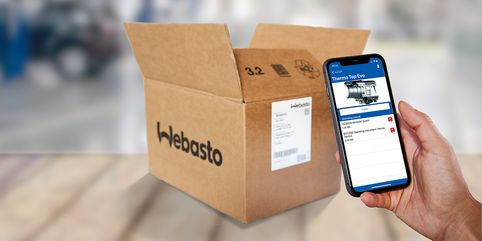