Is it possible to avoid dangerous situations if, for example, a driver overlooks stationary traffic, the braking distance is insufficient despite the Advanced Emergency Braking System (AEBS) and the driver attempts panic steering maneuvers in order to mitigate the situation?

Why should truck systems warn a driver just before it leaves the lane instead of safely trying to stay in the lane? Faced with these and similar questions and a vision of accident-free driving (“Vision Zero”), ZF has worked to enhance its current assist systems for practical use on the road. These efforts resulted in Highway Driving Assist (HDA) and in cooperation with WABCO, the company developed the Evasive Maneuver Assist (EMA). Both of which were introduced for the first time in the prototype vehicle ZF Innovation Truck 2016.

Modern trucks are designed with equipment and advanced driver assistance systems to improve safety performance in many situations. EU regulations now require newly registered trucks to be fitted with Electronic Stability Control (ESC), Advanced Emergency Braking Systems (AEBS) and Lane Departure Warning systems (LDW). ZF considers that the more closely systems and functions are networked and automated and as more passenger car technologies transfer to the commercial vehicle sector, the greater is the potential for safety improvements that will quickly and effectively protect drivers and other road users. This has prompted ZF to incorporate the next level of active safety systems into the ZF Innovation Truck 2016. Evasive Maneuver Assist (EMA) combined with Highway Driving Assist (HDA) utilize advanced sensors to act as the “eyes” of the system, with intelligent control units and physical maneuvering performed by the actuators. These features will help to prevent driving distance errors including tailgating and driving off the road.

Avoidance instead of collision

If truckers fail to see road obstacles or to register slowing traffic in time (or not at all), the unique EMA system takes control of the steering wheel – and by inference, control of the ZF electrohydraulic ReAX power steering. The assistant function detects if the AEBS or driver braking is sufficient to enable a stop before hitting the obstacle. If braking is insufficient to avoid a rear-end collision as may be the case on slippery roads or if traffic hazards appear suddenly in blind curves or after hill crests, the EMA directs the truck with its trailer (initiated by the steering motion of the driver to the right or left) independently and safely toward the desired open lane or hard shoulder, even at maximum speed. “Our innovative function simultaneously evades, brakes and stabilizes automatically – at all speeds, with any load in the semi-trailer truck and with any type of semi-trailer. This function helps to avoid rear-end collisions,” says Mitja Schulz, Senior Vice President & General Manager Commercial Steering Systems at ZF TRW. “It helps us to come one step closer toward our overriding target, Vision Zero.” With sudden manual avoidance maneuvers, there is always the risk that the driver steers too lightly to avoid the obstruction, causing a truly critical collision with an offset crash. Alternatively, the driver may steer too abruptly, heavily turning in, causing the truck to swerve or even tip over or crossing more than one lane and endangering others– EMA is designed to be able to prevent these scenarios.

EMA combines industry leading technologies of both ZF and WABCO, including ZF’s electrohydraulic ReAX power steering system and WABCO’s Electronic Braking System (EBS), Advanced Emergency Braking, Electronic Stability Control (ESC) and vehicle dynamics control systems. The control logic of WABCO’s automatic OnGuardACTIVE™ emergency braking system defines when to activate the EMA installed in an in-house ADAS control unit. In Level 1, the system warns the driver acoustically and visually in the display; Level 2 follows by generating haptic signals and moderately decelerating the vehicle by up to 3.5 m/s2. Level 3 ultimately initiates an emergency stop to the stability limit until the vehicle comes to a halt.

The steering system interprets a sudden “pulling” of the steering wheel (response to driver warning) at Level 1, as a command to start the EMA. During automated control, the software constantly calculates the optimal evasion route and adjusts the steering angle accordingly. The software algorithm continuously monitors and compares the calculated and actual steering trajectory. The integrated roll-over protection function in the EMA is adapted for such extreme driving situations. This function is integrated into the ESC system and the lateral acceleration sensor through networking and is a feature in the ZF Innovation Truck 2016. Incidentally, the driver can override the EMA at any time during the autonomous evasive maneuver by simply taking control of the steering wheel, brakes or throttle.

The Highway Driving Assist feature in a second ZF Innovation Truck can help protect against the often very severe consequences resulting from lack of attention, distraction or a few seconds of microsleep. The system warns the driver that the tractor-trailer truck is unintentionally moving out of the lane and at the same time actively and independently keeps the vehicle in the lane. At the same time, it automatically maintains a safe distance from the vehicles in front at any speed, which in this case also includes stop and go functionality. “This function was initially designed as an electronic assistant for passenger cars and was announced at IAA in 2015, but we are now incorporating it into heavy-duty truck systems to help improve safety and relieve drivers,” explains Schulz.

Key to this solution is the combination of sensors – a camera sensor mounted on the front windshield accurately monitors road markings (S-Cam), and a radar sensor (AC1000) measures distance. The latter provides a broader field of view at low speeds while offering long range detection at higher speeds. Additional ZF networking efforts involve combinations of the brakes and TraXon Hybrid automatic transmission system, including the predictive shifting strategy PreVision GPS, along with the ReAX steering system. Finally, the HDA control unit has an additional feature specially developed by ZF for this use case. “If the markings are missing on one side of the road, the system virtually and reliably calculates them,” explains Schulz. “We can have the HDA ready for volume production in approximately two years, so drivers, pedestrians and cyclists will benefit from these safety improvements very soon. By then, it will also be absolutely realistic for it to meet all requirements needed for truck platooning.” 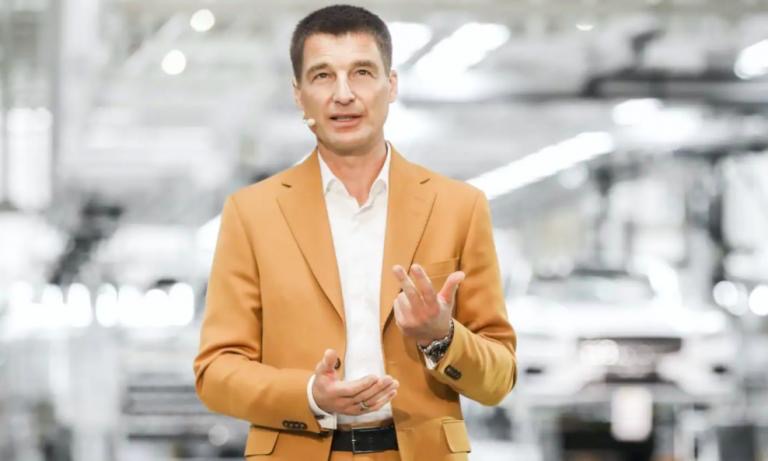