The future of driving will be as easy as riding a horse which knows where its going and how to get there, according to Chinese web giant Baidu’s top artificial-intelligence (AI) researcher.

Self-driving cars will understand the road ahead of them and autonomously navigate around pedestrians and other obstructions, said Yu Kai, head of the Baidu Institute of Deep Learning (IDL).

Based in Beijing, IDL is often known as “Baidu’s Brain”, a place for the search engine powerhouse to bring together the smartest scientists from all over the world to work on innovations and new technology.

“We’ve been busy working on the autonomous car, and we aim to put a prototype on a Beijing highway in the second half of this year,” Yu said in a recent interview with the South China Morning Post in the firm’s headquarters.

“Our idea is not that a car should totally replace the driver, but that it will give the driver freedom. So the car is intelligent enough to operate by itself, like a horse, and make decisions depending on different road situations,” said Yu, who is also senior director of the company’s image search department.

“But whenever the driver wants to resume control, you can do that,” he said, adding that the Baidu self-driving car would have a steering wheel as well as gas and brake pedals.

Yu explained that a self-driving car will require a very accurate on-board map to be able to navigate effectively.

“And it has to stay within a 10-20 cm margin of its intended route. Simply letting the car run on a chosen road or street isn’t good enough, we have to have control over which lane it runs on,” he said.

Since finishing its incident simulation system, and with a high-precision mapping system almost complete, Yu said the team at IDL has begun testing the vehicle in their garage, seeing how it reacts to tasks like parking, or to sudden stops.

More tuning needs to be done before the self-driving car will be road ready however, as the team is still looking at ways to improve the vehicle’s algorithms in situations when, for example, there are obstacles in front of it that it needs to automatically avoid, or when a car in front of it changes lanes unexpectedly.

Yu said that one arduous part of the team’s work is incorporating multiple different sensors and recognition technologies into a single machine. As an example, he explained that the technology that enables the car to identify and avoid obstacles is completely different from that which can read speed limit signs.

The project puts Baidu, which has been researching its self-driving car in collaboration with automaker partners such as BMW, in competition with Google and Apple, both of which have announced their own smart car projects.

In December, Google unveiled a fully functioning prototype of their driverless car and unlike its competitors, the company has been conducting live road tests for a number of years.

Mark Reuss, product-development chief at General Motors, told Bloomberg in 2014 that Google could soon become a “serious competitive threat” to the US auto industry.

While the technology is often referred to as “driverless cars”, Yu dislikes the term, preferring to call Baidu’s system “autonomous driving” because of the difficulties of having a truly driverless vehicle, especially in a potentially-dangerous city setting.

“We will see many autonomous cars on the road in five years, and true driverless cars further down the road,” he said.

And before the technology can mature to such a point there are many obstacles to overcome such as how the car handles differing climates and pollution levels. Government regulation is also a potential risk to the project, though Yu hoped it would promote safety without stifling innovation. 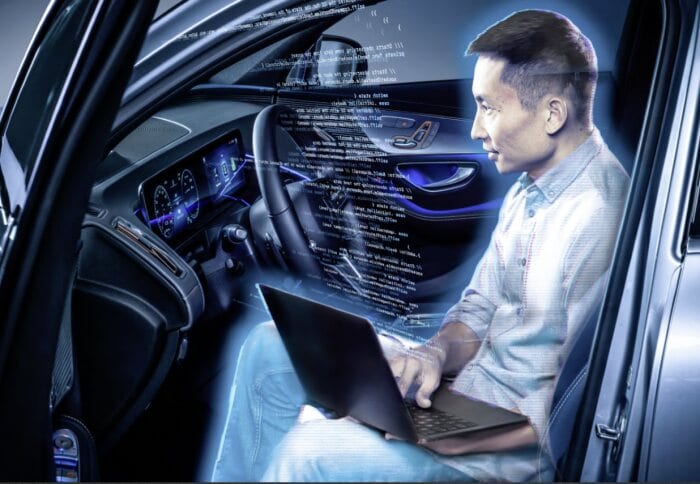 24.01.2021
On the way to “Lead in Car Software” – participate now with your own programming ideas at the Mercedes-Benz In-Car Coding Community