Graphene, a two-dimensional wonder-material composed of a single layer of carbon atoms linked in a hexagonal chicken-wire pattern, has attracted intense interest for its phenomenal ability to conduct electricity.

Now University of Illinois at Chicago researchers have used rod-shaped bacteria – precisely aligned in an electric field, then vacuum-shrunk under a graphene sheet – to introduce nanoscale ripples in the material, causing it to conduct electrons differently in perpendicular directions.

The resulting material, sort of a graphene nano-corduroy, can be applied to a silicon chip and may add to graphene’s almost limitless potential in electronics and nanotechnology. The finding is reported in the journal ACS Nano.

“The current across the graphene wrinkles is less than the current along them,” says Vikas Berry, associate professor and interim head of chemical engineering at UIC, who led the research.

The key to formation of these wrinkles, he said, is graphene’s extreme flexibility at the nanometer scale, which allows formation of carbon nanotubes.

“The wrinkle opens a ‘V’ in the electron cloud around each carbon atom,” Berry said, creating a dipole moment, which can open an electronic band gap that flat graphene does not have.

Other researchers have created wrinkles in graphene by stretching the sheet and letting it snap back. But such wrinkles are not confined in microscale and cannot be directed towards a location on a micro-device, Berry said.

He and his colleagues came up with a unique way to introduce circumscribed, guided, and regular graphene ripples using bacillus bacteria, by using the graphene itself as a check-valve to alter the volume of the cells.

The researchers placed the bacteria in an electric field, causing them to line up like strings of hot dogs in repeating rows. Then they applied a sheet of graphene over the top.

“Under vacuum, the graphene lifts, and lets water out,” Berry said. But under pressure, graphene sits back down on the substrate and prevents water from re-entering the bacteria, he said.

“It’s a nanoscopic valve that actuates unidirectional fluid flow in a microorganism,” Berry said. “Futuristically, this valve operation could be applied to microfluidic devices where we want flow in one direction but not the other.”

After the bacteria have been vacuum-shrunk, the graphene reconforms, but with wrinkles. After heat treatment, the resulting permanent ripples atop the bacteria are all aligned longitudinally, with a height of 7 to 10 nanometers, and a wavelength of about 32 nm.

The wrinkles were observed by field emission scanning electron microscopy, which must be done under high vacuum, and by atomic force microscopy at atmospheric pressure.

“The [ripple] wavelength is proportional to the thickness of the material, and graphene is the thinnest material in the world,” Berry said. “We envision that with graphene one could make the smallest wavelength wrinkles in the world – about 2 nanometers.”

The next goal, he said, will be to create processes to further refine the ripples and vary their amplitude, wavelength and longitudinal length.

To measure the effect of the ripples’ orientation on the carrier transport, graduate student Shikai Deng, the lead author of the paper, fabricated a plus-shaped device with bacteria aligned parallel to one pair of electrodes and perpendicular to another pair. He found the rippled graphene’s conduction barrier was greater in the transverse direction than in the longitudinal direction.

“Along with carbon nanotubes, graphene and fullerene, this is a new carbon allotrope – a half carbon nanotube linked to graphene,” he said. “The structure is different, and the fundamental electronic properties are new.” 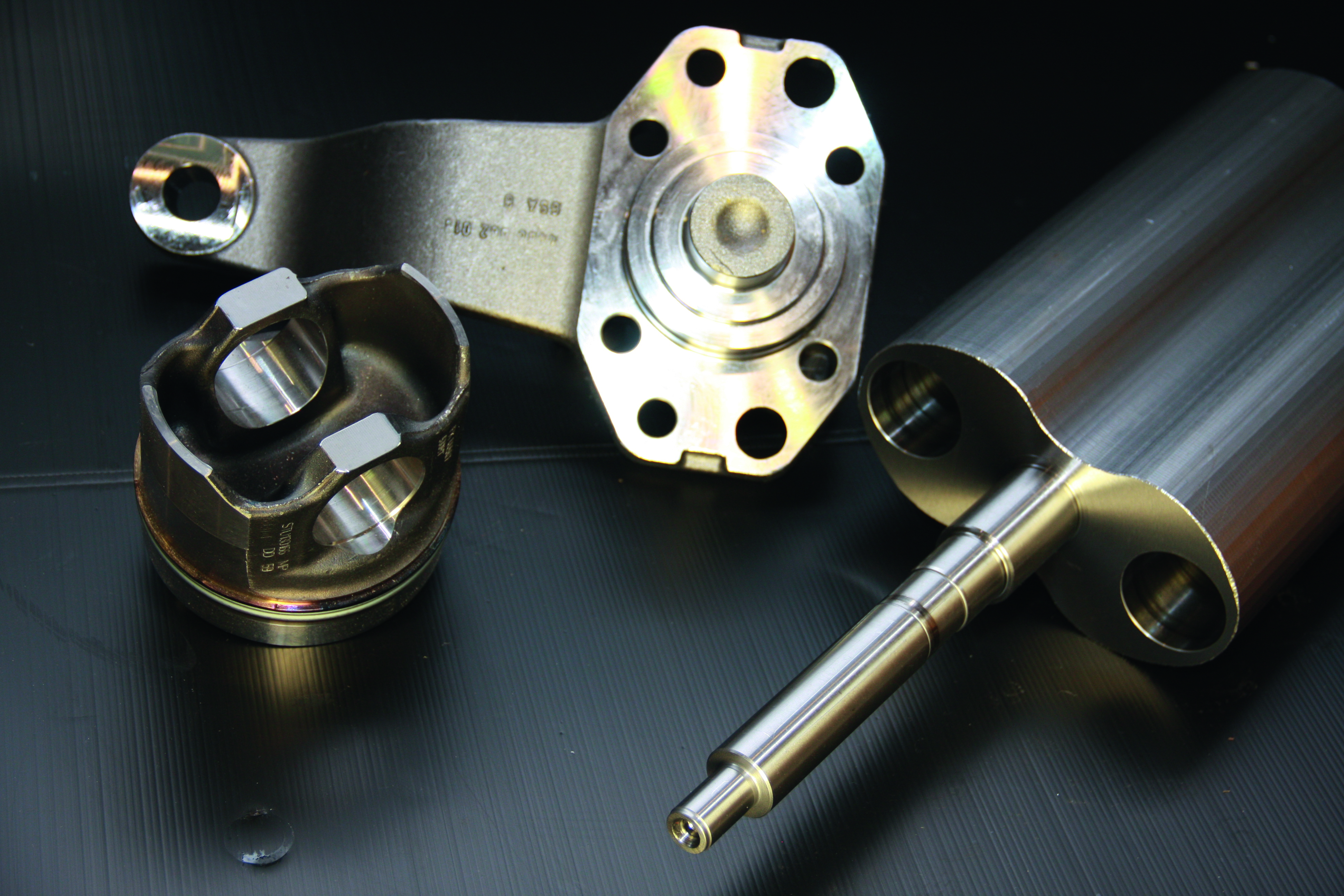