It said the new BMS, which is a key component of hybrid electric vehicles (HEVs), plug-in electric vehicles (PHEVs) and pure electric vehicles (EVs), can check the voltage, current and temperature of all batteries on board the car in real time. The system can prevent overcharging or unauthorized discharging of the cells, which can greatly enhance the thermal stability of the vehicle and its reliability.

The company said its BMS does away with the need for special wiring that connects each battery cell with sensors so the central management system can check the current, voltage and temperature of the cells.

A battery pack with 72 cells has about 100 high voltage links, but the new BMS has only four, with the rest being replaced by wireless links, it said.

This arrangement can reduce weight and give more precise measuring of various data. It can, moreover, speed up the development of future car battery cells because there is no need to factor in wiring.

The lack of wiring can further come in handy as the number of cells used in cars increases. “There is a trend to increase cell numbers to 96 from the current 72,” a company source said. He said the new BMS should reach mass production stage in about two years.

Hyundai Mobis has been investing heavily in green car-related technology and wants to become a leader in such areas as electric motors, inverters and converters that are key components of HEVs, PHEVs and EVs.

19.10.2016
A Glamourous Night for Electric Mobility at the Bavarian State Award 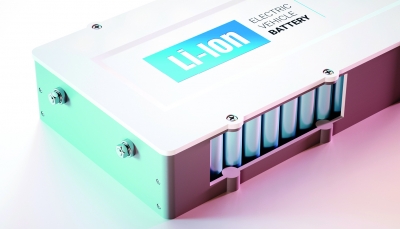