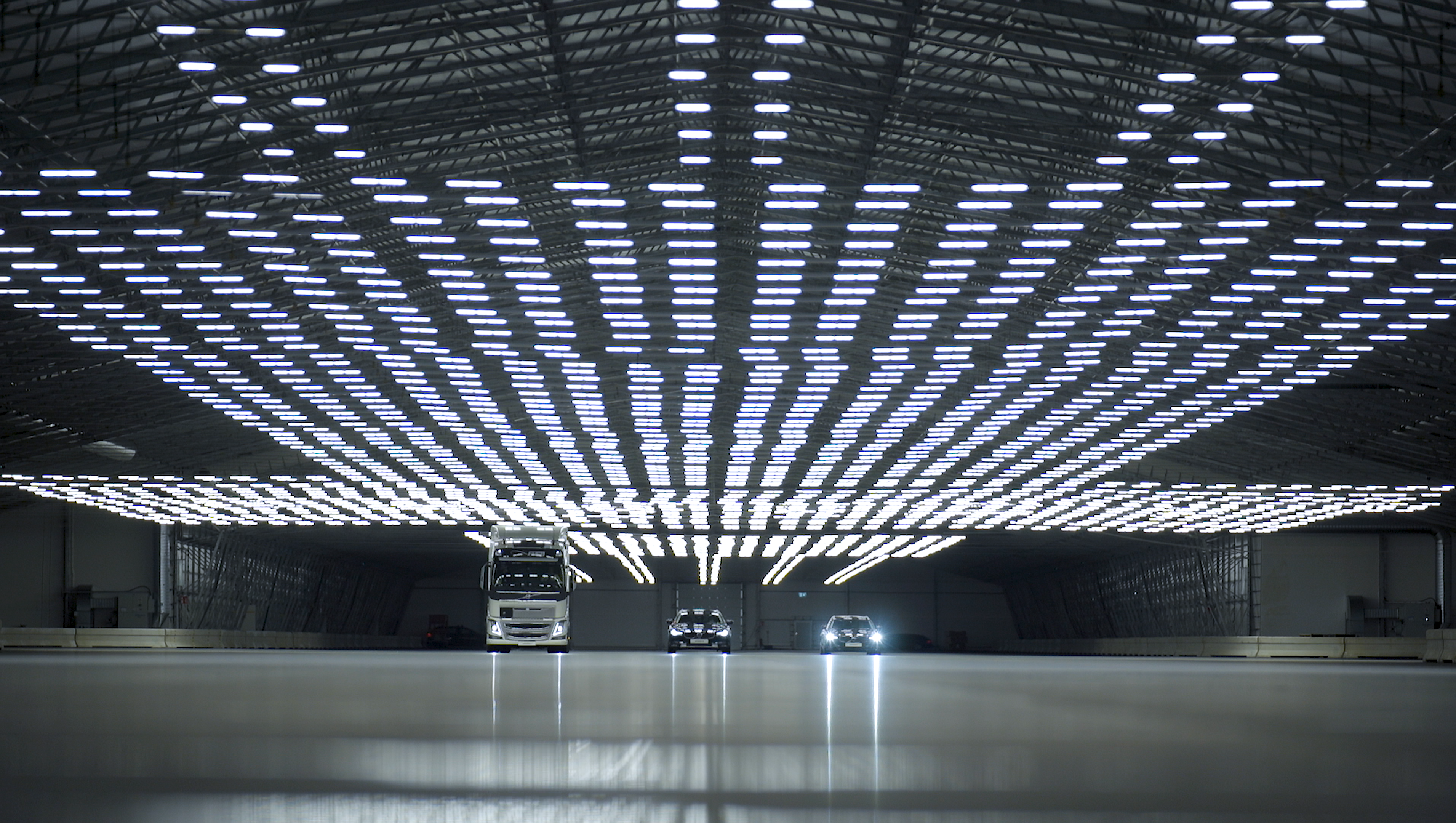 The automotive industry is undergoing change and tests and trials are being conducted more agilely. AstaZero is now opening the world’s longest indoor track for testing active safety systems and autonomous technologies for all types of vehicles. Vehicle operators are able to conduct tests 24 hours a day, 365 days a year with reproducible light and surfaces.

AstaZero is the world’s first full-scale independent testing and demonstration facility for future road safety, and it is now being expanded to house the world’s longest indoor track: 700 metres long and 40 metres wide. AstaZero Dry Zone will be inaugurated on 28 April.

–    “AstaZero Dry Zone will play an important role in the transition of the automotive industry and will provide unique opportunities needed for research, development and validation of self-driving and connected vehicles as well as the surrounding infrastructure,” says Pia Sandvik, CEO RISE.

The automobile industry conducts millions of tests every year. Reproducible environments are a fundamental prerequisite for ensuring the accuracy of test results.

–    “The tests and trials conducted by vehicle operators require plenty of personnel and result in excessive travel,” says Peter Janevik, CEO of AstaZero. “In AstaZero Dry Zone, the development time can be streamlined and tests can be carried out 24 hours a day, 365 days a year.”

AstaZero has customers across the globe. The industry has been asking for a long indoor track in Sweden for many years. And when the pandemic hit and the subsequent restrictions made it difficult for the industry to conduct important tests, the need only became greater, which is when plans for the new track accelerated.

–    “AstaZero’s facility provides a wide range of infrastructure that is important for the testing and validation of our technologies in safety, autonomous driving and connectivity, making it possible for us to perform testing in well-controlled environments all year round”, said Mats Moberg, Senior Vice President of R&D at Volvo Cars.

AstaZero Dry Zone can be compared to a brightly illuminated aircraft hangar. Tests can be carried out repeatedly in the same light conditions and on the same surface, no matter the time of day or season. Active safety systems and autonomous technologies comprise the main focus areas, but vehicle dynamics and brake performance will also be tested on the new track.

–    “We at Chalmers look forward to AstaZero Dry Zone. Here we will be able to conduct advanced research in, for example, autonomous driving, in facilities where we have full control over light and weather conditions. Autonomous driving is an area of great benefit and potential for the automotive industry and society as a whole. AstaZero will now be an even more competitive facility giving Chalmers, together with the industry, excellent conditions for participating in large research projects”, says Stefan Bengtsson, President and CEO of Chalmers University of Technology.