Today’s lithium-ion batteries are good, but not good enough if our future energy system is to rely on electrical power. Chemists and materials scientists at ETH Zurich have developed a type of glass that can be used as an electrode material in lithium-ion batteries – likely making a vast improvement in these batteries’ capacity and energy density.

For some time now, energy experts have been adamant that we will need much more clean energy in the future if we are to replace fossil fuel sources and reduce CO2 emissions. For example, electric cars will need to replace the petrol-powered cars driving on our roads. Yet in order for electric cars to travel greater distances or mobile phones to stay charged for longer, we will need better batteries and more of them. In the transition to renewable energy sources, accumulators also play a key role in storing excess power from wind turbines or solar power plants and compensating for fluctuations in the energy supply.

In this regard, researchers are diligently looking for new materials that exhibit a greater energy density and charging capacity, but which are no heavier or larger than those used in today’s lithium-ion batteries. Today’s batteries provide a reliable power supply for our smartphones, electric cars and laptops, but are unable to keep up with the growing demands placed on them. Dr Semih Afyon, a scientist at the Electrochemical Materials Institute, sums up the fundamental idea that is driving battery research: “What we need is new chemistry and novel compounds to obtain safe, better and longer-lasting batteries.”

Glass particles instead of crystals

ETH researchers led by Afyon and Reinhard Nesper, professor emeritus of chemistry, have now made a discovery. Over the course of their several years of research, they discovered a material that may have the potential to double battery capacity: vanadate-borate glass. Researchers are using the glass as a cathode material, as recently reported in Scientific Reports, a journal from the publishers of Nature.

The material is made of vanadium oxide (V2O5) and lithium-borate (LiBO2) precursors, and was coated with reduced graphite oxide (RGO) to enhance the electrode properties of the material. The researchers used a vanadium-based compound because vanadium is a transition metal with various oxidation states, which can be exploited to reach higher capacities. In crystalline form, vanadium pentoxide can take three positively charged lithium ions – three times more than materials presently used in cathodes, such as lithium iron phosphate.

However, crystalline vanadium pentoxide cannot release all of the inserted Li-ions and only allows a few stable charge/discharge cycles. This is because once the lithium ions penetrate the crystalline lattice during the loading process, the lattice expands. As a result, an electrode particle swells as a whole, i.e. it increases in volume only to shrink again once the charges leave the particle. This process may lead to instabilities in the electrode material in terms of structural changes and contact losses.

Researchers therefore had to find a way to retain the structure of the initial material while maximizing the capacity and also maintaining its ability to “take” the charges, which is how they devised the idea of using vanadium as a glass rather than in its crystalline form. In glass, a so-called “amorphous” material, atoms do not arrange themselves in a regular lattice as they do when they are in a crystalline state. Instead, the atoms exist in a state of wild disarray.

To produce the cathode material, Afyon and his colleagues blended powdered vanadium pentoxide with borate compounds. “Borate is a glass former; that’s why the borate compounds were used, and the resulting glass compound is a new kind of material, neither V2O5 nor LiBO2 at the end”, the researcher says. The materials scientists melted the powder at 900°C and cooled the melt as quickly as possible to form glass. The resulting paper-thin sheets were then crushed into a powder before use, as this increases their surface area and creates pore space. “One major advantage of vanadate-borate glass is that it is simple and inexpensive to manufacture”, states Afyon. This is expected to increase the chance of finding an industrial application.

To produce an efficient electrode, the researcher coated the vanadate-borate powder with reduced graphite oxide (RGO). This increases conductivity while at the same time protecting the electrode particles. However, it does not impede electrons and lithium ions as they are transported through the electrodes.

Afyon used this vanadate-borate glass powder for the battery cathodes, which he then placed in prototypes for coin cell batteries to undergo numerous charge/discharge cycles.

As much as twice the power

During initial trials with vanadate-borate electrodes, which were not made with material coated in RGO, the discharge capacity dropped drastically after 30 charge/discharge cycles, when the current rate was increased to 400 milliamp per gram. In contrast, when the RGO coating was used, the capacity was quite stable at high rates and it remained at a consistently high level after more than 100 charge/discharge cycles.

One battery with an RGO-coated vanadate-borate glass electrode exhibited an energy density of around 1000 watt-hours per kilogram. It achieved a discharge capacity that far exceeded 300 mAh/g. Initially, this figure even reached 400 mAh/g, but dropped over the course of the charge/discharge cycles.

“This would be enough energy to power a mobile phone between 1.5 and two times longer than today’s lithium-ion batteries”, Afyon estimates. This may also increase the range of electric cars by one and a half times the standard amount. These figures are still theoretical.

The researchers have already applied for a patent for their new material. They also worked with industry partners on the development. “Our focus was on practical applications, as well as on fundamental research”, says the researcher. A new concept usually takes around 10 to 20 years to gain a foothold in the market.

The researcher’s positive results with the vanadate-borate glass have encouraged them to continue their research in this area. Afyon currently works as a project leader in a research consortium led by Jennifer Rupp, professor of electrochemical materials, focused on developing an innovative solid-state battery. They are already using and testing the vanadate-borate electrode in this system, and their next step is to optimise the system. In particular, they have to increase the number of charge/discharge cycles significantly, which could be achieved by improving battery and electrode designs as well as by using coatings other than reduced graphite oxide. 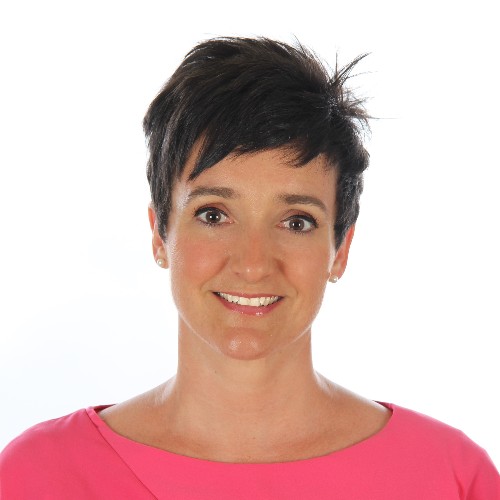 02.02.2021
Many travel suggestions with evway Travel Network, to explore the area by moving in a conscious way