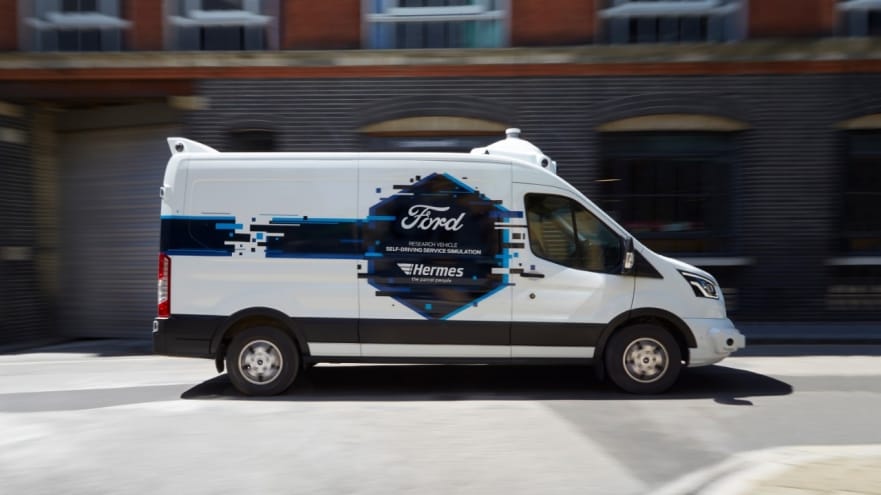 WOULD YOU TRUST YOUR PARCELS TO A SELF-DRIVING VAN? FORD AND HERMES EXPLORE THE FUTURE OF DOORSTEP DELIVERIES

DUNTON, U.K., June 17, 2021 – Doorstep deliveries are more a part of our lives than ever before – but the way that we receive those parcels could be undergoing a change. Ford has announced a new Self-Driving Vehicle Research Programme designed to help businesses in Europe understand how autonomous vehicles can benefit their operations. One of the U.K.’s leading consumer delivery specialists Hermes is the first business to partner with Ford on the programme. Using a customised Ford commercial vehicle, the research aims to better understand how other road users would interact with an apparently driverless delivery van. The specially adapted Ford Transit features sensors that mimic the look of an actual self-driving vehicle plus a “Human Car Seat” in control of the vehicle – this enables an experienced, hidden driver to drive while giving the impression to others around that there is no one at the wheel.

“As we plan to bring autonomous vehicles to the roads, it is important that we focus not only on enabling the technology, but on enabling our customers’ businesses,” said Richard Balch, director, Autonomous Vehicles and Mobility, Ford of Europe. “Clearly, there is no better way to identify how they may need to adapt than to experience those processes in real life.” Ford has for six years been Europe’s market leader in commercial vehicles. 1 By harnessing this experience with expertise from delivery firms, the company intends to identify new opportunities and models for autonomous vehicle operations – in particular understanding how existing processes and human interactions can work alongside automated vehicles. Commercial vehicles’ planned operations and many human interactions are an ideal test case.

A commercial vehicle driver’s responsibilities sometimes extend beyond simply driving from one destination to another. In a delivery or logistics operation, for example, the driver may also be tasked with sorting and loading goods, manually handing packages over to recipients – or reloading them onto the van if delivery is not possible. However, in this research, the driver will play an entirely passive role, simply driving the vehicle. Pedestrian couriers who support the delivery van are equipped with a smartphone app that lets them hail the vehicle and remotely unlock the load door after it is safely parked at the roadside. Once inside, voice prompts and digital screens direct the courier  to their locker, containing the parcels to be delivered.

Understanding and designing how humans will interact with the vehicle will ensure that business processes are able to continue safely without a driver present. The two-week research project with Hermes builds on the success of Ford’s “last mile delivery” trials in London, in which a team of pedestrian couriers collects parcels from a delivery van and fulfils the last leg of the delivery by foot resulting in fast, sustainable and efficient deliveries in cities.

The research vehicles will enable Hermes and other businesses to begin designing how their teams could work alongside driverless vehicles. For Hermes, this user design research has included developing an app that enables the pedestrian couriers to access the van to collect parcels, once again, this is a role that the human driver would normally fulfil. “We’re excited to collaborate with Ford on this proof of concept trial, which is all about understanding the potential for autonomous vehicles and if they have a role in delivery in the longer-term future,” said Lynsey Aston, head of product, Innovation and Onboarding. “We’re constantly innovating to incubate and then explore concepts like this, and we look forward to the initial findings, which will no doubt be useful on an industry-wide level.”

Ford researchers are already investigating how self-driving vehicles will integrate seamlessly into our daily lives, including developing a light-based visual language to convey to other drivers, pedestrians and cyclists what autonomous vehicles intend to do next. Ford has been testing self-driving technology in major cities across the U.S. and plans to invest around $7 billion in autonomous vehicles during 10 years through to 2025 – $5 billion of that from 2021 forward – as part of its Ford Mobility initiatives. In collaboration with Ford’s self-driving technology partner, Argo AI, autonomous test vehicles operate daily in six U.S. cities. Last year, Argo AI’s comprehensive self-driving system enabled address-to-address autonomous deliveries of fresh produce and school supplies through a charitable goods pilot in Miami, Florida, in the United States. 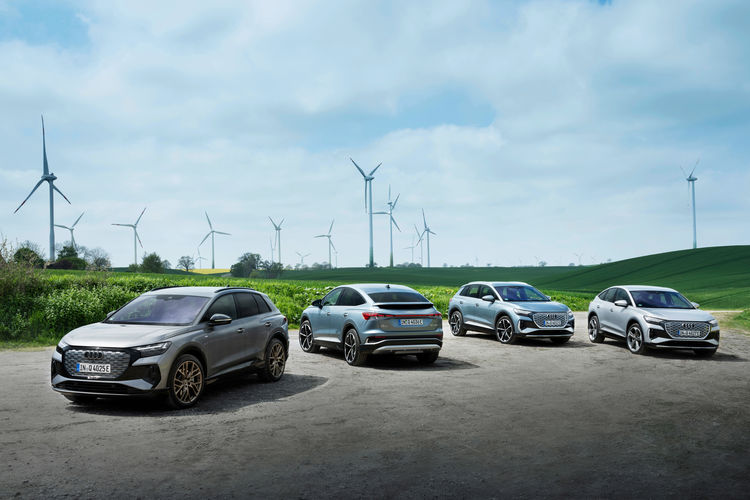